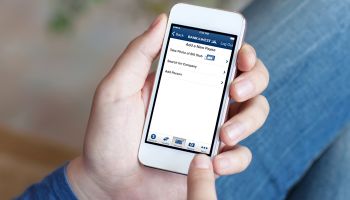 Some bill payment apps can get a bit complicated, according to Jamie Armistead, executive vice-president and head of digital channels at Bank of the West. When the bank set out to bring camera-based bill payment to its mobile banking customers, reliablity and simplicity were two main goals.

After evaluating several competitive technologies, Armistead’s team selected Fiserv’s “Snap-to-Pay” technology, which it brands as “Scan to Pay” to its mobile users. Bank of the West found that the technology, which incorporates an element of “machine learning,” in place of templates, leads to almost no image rejections. Users simply let their mobile device’s camera “hover” over a bill stub until the machine is “satisfied” with the image and begins to process payment. The user doesn’t have to worry about focus and snapping the camera’s shutter.

Armistead explains that the technology analyzes image quality right in the mobile user’s device, enabling correction as the information is captured and then transmitted for bill payment. Photo capture of billing information eliminates manual keying of information into the bill payment feature. Customers using Scan to Pay don’t need to visit individual billers’ sites, as the app handles payment from their choice of accounts to the given biller.

The new feature was given a soft-launch last fall. When interviewed earlier this year Armistead indicated that introduction of the service led to significant growth in active mobile app users.

Scan to Pay by Bank of the West is the first launch of Fiserv’s Snap-to-Pay service. This is part of Fiserv’s Mobiliti Enterprise mobile banking and payment solution.