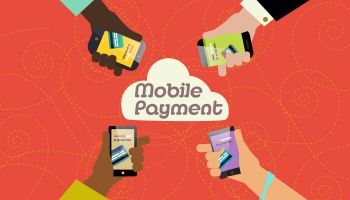 To ubiquity, and beyond!

With apologies to “Toy Story,” the insertion by Google of Android Pay into the mobile payments mix, jump-started by Apple Pay, could augur the acceleration of acceptance by many more users and merchants.

Up until now—or at least this summer when Android Pay actually rolls out—Apple Pay owned the only horse in a one-horse town. Apple Pay, in fact, was and is a prime selling point for its new phone and watch models—partly because the other major mobile phones lagged way behind. Either they didn’t have it (Samsung) or what they did have (Android Wallet) left everybody cold.

But Apple, as big as it is, constitutes only a fraction of the total number of mobile phones ambling through malls, restaurants, stores, etc. So, the theory goes, many merchants have been loath to invest in the time, expense, and basic educational ramp-up to make the mobile phone NFC work.

That theory could be ripe for change, according to some observers.

“Feature-wise, Android Pay is nearly identical to Apple Pay, with transactions made via NFC on proximity payments, which are authenticated by PIN or biometrics on capable devices,” says Gilles Ubaghs, senior analyst at Ovum. “For most merchants who already accept Apple Pay, Android Pay is a natural extension that will broaden the market.”

Daniel Kline, writing for The Motley Fool, observes that “Android Pay and Apple Pay not only have similar names, they both run on the same technology.”

That means, he says, “This isn’t an Apple Pay killer so much as it is an Apple Pay clone. The addition of tens of millions of potential NFC payment-equipped customers should push more stores to adopt the technology. Android Pay should create a bigger market for mobile payments and that will be good for both companies and their customers.”

Ovum’s Ubaghs concludes with a flock of caveats:

“By following Apple Pay so closely, it is probable that Android Pay will suffer the same challenges of limited initial take-up by consumers, and the continued dearth of NFC-enabled locations in the United States. It also remains to be seen how Android Pay will interact with the upcoming Samsung Pay. Overall Google’s moves will help to expand the base for mobile payments in the United States, but there is nothing in the announced details of Android Pay to suggest any surge in take-up in the near term.”

Still, though, one must put “near-term” in perspective. In the digital world, the “near-term” generally means maybe the next six months. The “long-term” could be as short as two years. That’s within the time frame of many corporate strategic plans.

In any case, the card companies are responding to the phenomenon of mobile device payments in ways ranging from the simply reactive to the fundamental—and the latter could be as meaningful as the Pay products themselves.

Discover, so far, is in the reactive mode, with a simple statement: “Adding Android Pay expands Discover’s ability to enhance the convenience and experience for its mobile users,” says Heather Roche, vice-president of rewards.

MasterCard and Visa have used the Android Pay announcement more proactively, with each touting what they call their “digital enablement service.”

“Mobile payments are here today, and are now an essential part of the core value proposition for new devices,” says Ed McLaughlin, chief emerging payments officer, MasterCard. “With the MasterCard Digital Enablement Service and Android Pay, we can now use secure tokens to easily enable payments from a consumer’s connected device.”

Visa really expands on this concept, claiming that it “adds a turn-key, toll-free commercial framework accessible to more than 14,500 Visa financial institution clients and leading technology partners around the world. Google, with its Android Pay payment solution, is Visa’s first international program partner.”

• Operate at international scale and reach.

All of which sounds like progress, if not in the near term, then at least in the longer term, toward allowing new approaches, such as Apple Pay, Android Pay, and presumably, Samsung Pay a much better chance of catching on than in the haphazard launches of the near- and long-past.

Lurking issue that won’t go away …

All that said, however, one other point needs to be emphasized at the outset. Security. One major, widely publicized security breach of a big-name merchant or bank, through a clearly defined mobile payments system—and everyone goes back to square one.

“The mobile device creates a tremendous opportunity for the payments industry (and banks in particular) to deliver significant innovation in customer engagement, but only if they get security right. The problem is that mobile devices are widely seen as being untrustworthy and often make it hard to protect the data that is stored in them or entered by the user.”

So, as the various mobile “Pays” start to get off the ground, it’s important to embrace the hard-earned lessons of the past.

Let’s all hope that happens.

Tagged under Payments, Making Sense of it All, Mobile, Feature, Feature3,

More in this category: « Can’t business leaders and tech leaders get along? Blockchain for banks awaits killer app »
back to top