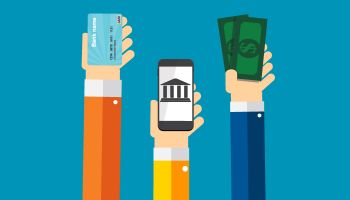 Mobile may be seeing a disconnect between what appeals to people and what they actually do.

Mobile transactions are a growing category in a very real sense, with awareness of the various payment opportunities that the category offers continuing to rise. Many Americans indicate that tapping to pay could be useful across a broad gamut of retailers and service providers.

However, interest in actually capitalizing on such features—which range from smartphone "tap-to-pay" transactions, to using mobile apps to redeem offers, to having one’s payment card swiped through a smartphone or tablet attachment—remains stagnant.

What's more, while majorities of Americans do foresee tap-to-pay transactions eventually displacing cash or cards, few think this prospect is likely to become a reality within the next few years. That’s in spite of evidence that people who've used mobile devices for payments, purchases, or other transactions within the past 30 days generally have high satisfaction rates.

These are some of the findings of The Harris Poll of 2,221 U.S. adults surveyed online between February 11-17, and Nielsen's Mobile Wallet Study, a comprehensive online study of 3,606 U.S. mobile shopping, payment and/or banking users aged 18-plus (interviewed in October 2014).

Mobile transactions and types of users

The percentage of both the U.S. general population in total and smartphone users in particular who have either experienced or witnessed various types of mobile transactions continues to rise, with some key points of growth including:

• POS on a smartphone. Paying for a product or service by having a card swiped through an attachment on the seller's smartphone, sometimes referred to as "mobile vendor" type transactions. This grew among the general population from 25% in 2012 to 32% in 2013 and 36% in 2015; among smartphone users from 35% to 43% to 46%, respectively.

• Taps for swiping cards. Paying by tapping a smartphone against a special receiver at a store or other merchant, instead of using cash or a payment card, grew in the general population from 13% to 17% to 20%, and among smartphone users from 18% to 23% to 26%.

• Mobile “paper.” Using a mobile device in place of a ticket, both in an airline, train, mass transit, or other transportation setting, grew from 17% to 20% to 29% among the general population, and from 26% to 30% to 37% among smartphone users.

Thoughts on places to use mobile pay

Also compelling are the majorities of Americans who feel mobile payments would be useful across a broad spectrum of points of service, with no clear "best" fit.

Looking more specifically at the tap-to-pay model, while exposure may be on the rise, interest doesn't follow the same pattern when it comes to using a smartphone to process in-person payments instead of cash or cards. Interest among Americans as a whole, which dropped slightly in 2013 (from 27% in 2012 to 24% in 2013) has rebounded in an equally slight manner (back to 27%).

Among those not interested, security concerns and a simple lack of compelling motivation are currently the top impediments to adoption:

• 54% of all those not interested, and 60% among smartphone users, indicate that they simply don't see any reason to switch from cash or payment cards to this new method.

What are adopters saying?

Data from Nielsen's Mobile Wallet Study indicates that getting consumers to try these features may be the biggest hurdle, as satisfaction is generally strong among adopters—though to varying degrees, depending on the service and the specific provider.

Mobile banking users rate applications available for this area highly, with more than eight in ten extremely or very satisfied; ease of use, availability of services, and reliability ratings are also strong. Nearly as many mobile shoppers (more than seven in ten) are similarly satisfied with their last mobile purchase experience.

Satisfaction is more disparate for mobile payment terminals, with the percentage of users extremely or very satisfied with the various terminals currently available ranging from less than half to roughly seven in ten.