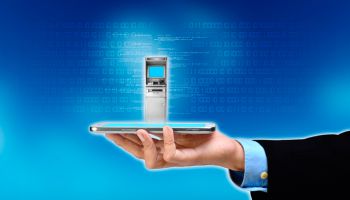 Around the world, momentum behind the move to real-time payments (RTP)—or “immediate payments,” as they’re often termed—is unstoppable and growing. This is the future of payments: it allows for the transfer of money from one account to another immediately, with certainty and convenience, and at a low cost—bringing major benefits for banks and their customers. Now, many of those benefits are coming to banks and customers in the U.S. for the first time.

Today, there are well over 20 immediate payments systems in operation or in planning around the world, and their impact has been dramatic. As recently as a decade ago, it was almost impossible for consumers and most businesses to make an immediate transfer of funds, so that the money was available and usable instantaneously by the recipient. Today, this capability is an everyday reality for millions of people and businesses worldwide. The trend mirrors today’s “round-the-clock”, 24/7, real-time commercial environment.

The beginnings of RTP were seen in Japan in the mid-1970s, but a step-change came in 2006, when the first recognizable modern immediate payments systems were rolled out in South Africa and Mexico. These early adopters were soon followed by the U.K., which introduced the U.K. Faster Payments system in 2008.

Following these successes, further RTP systems were introduced in Poland in 2012, Sweden in 2013, and Singapore in 2014. Australia’s New Payments Platform (NPP) is currently being prepared for launch in 2017, as is a system for the Single Euro Payments Area (SEPA), with the Netherlands and other EU countries also considering developing their own immediate payments infrastructures. A further group of countries—including Thailand and Malaysia—have systems with elements of immediate payments, but have yet to experience universal adoption.

To date, the U.S. has been conspicuous in its absence from the list of countries embracing RTP. But this situation is changing fast, with a surge of activity and initiatives under way to bring payments in the U.S. up to speed with the rest of the world. These moves involve a broad range of players, and an approach which is specifically geared to the unique needs and requirements of the U.S. market.

As in other countries, the central bank has taken steps to facilitate the move to RTP and has collaborated with the industry to do so. The U.S. Federal Reserve has established the Fed Faster Payments Task Force to identify effective approaches for implementing safe, ubiquitous, faster payment capabilities. However, while the central banks in other countries have generally mandated and controlled the adoption of RTP, the Federal Reserve is taking a more facilitative approach, by publishing Faster Payments Effectiveness Criteria and encouraging various industry parties to develop solutions to fulfill them. The Fed is also providing leadership on adoption of the ISO20022 financial message standard, and considering the necessary improvements to the National Settlement Service.

Driven by the market

The Fed’s approach to RTP puts the onus on the private sector to innovate and develop solutions that create a powerful business case for adoption, generate a wide array of strong use cases, and thereby attract the widest possible adoption by banks and other market participants. At the same time, the Fed is expanding its scope from interbank payments to the end-to-end payments process—all the way from the point of origination to the point of receipt, including payment notification, reconciliation and interbank settlement—while maintaining its focus on a high level of safety and accessibility.

The Fed is encouraging the private sector to create RTP solutions that will deliver against these goals, and will only provide RTP services itself if the private sector comes up short. All of this underlines that when it comes to RTP in the U.S., the market will decide the best way forward.

This diversity of participants and initiatives may create some coordination challenges, but it doesn’t have to. The common goal is to offer end-to-end solutions where the customer undertaking a transaction will receive a message back within five to ten seconds confirming the payment has been made and the money is with the recipient. The end-customer should neither know nor care how this comes about—and achieving it will inevitably involve collaboration between a number of different parties.

What matters for banks is choosing the right tools to deliver the specific use case with the right customer experience. So the RTP payment solutions offered, for example, by The Clearing House and Early Warning Services should not be seen as competitive with each other but complementary, and part of a healthy and vibrant market made up of different options to meet different needs. Banks should bear in mind the differences between the various solutions when developing their RTP strategies.

As U.S. banks decide on their strategies, the diversity of choices in the U.S. will serve to vindicate the Fed’s market-based approach. The Fed’s strategy is all the more appropriate for the U.S. given the unique nature of its payments market, with well over 10,000 banks and comparable institutions. The number of institutions involved is far greater than in other countries, and means that establishing ubiquitous RTP is particularly challenging.

In territories like the U.K. and Singapore, it’s possible to reach near-ubiquity in payments because of the relatively small number of institutions in these regions. But in the U.S., more banks must participate in order to reach critical mass nationally. This underscores the vital importance of third-party payments service and technology providers to help service the need. The challenges around achieving ubiquity also help us to understand why the U.S. did not attempt to join the first ranks of RTP adopters.

Equally important, as a relatively late adopter, the Fed and RTP providers in the U.S. can learn lessons from previous systems, enabling them to avoid pitfalls and apply learnings about what works and what doesn’t. For example, other systems globally have found that including non-payments messaging around the core immediate payments message provides a valuable building-block for banks to offer their customers wider services alongside the transaction. This capability is being built into U.S. solutions such as The Clearing House’s, along with anti-fraud measures reflecting lessons learned elsewhere.

Finally, by moving to RTP now rather than a few years ago, the U.S. is among the first group of countries to be implementing RTP after the global smartphone revolution. This means that—unlike systems created in other countries in the past—the whole environment is being designed and built on the knowledge that every consumer has a powerful computer and payments device in his or her hand. While other RTP systems have had to catch up with the mobile payments explosion, the U.S. can incorporate it from the start. This is yet another reason why partnerships with specialist payments system providers will be so vital for banks to create the solutions their customers want.

Based on lessons from those markets that have gone before, one message is clear: real-time payments are an imminent reality for the United States. While the Federal Reserve’s market-led approach means banks have a choice of whether or not to join the revolution, those that decide not to do so will risk losing payments revenues, customers and a competitive edge.

Every financial institution must think carefully to identify the use cases that RTP can fulfill for its customers—and then devise products and services to meet those needs. Armed with these insights, banks can then plan their technology build-outs.