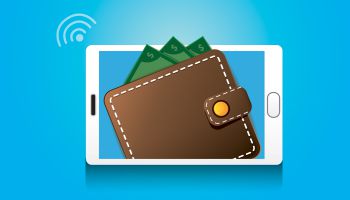 What's the skinny on the end of fat physical wallets?

In February 2011, I was in Salt Lake City for the annual Smart Card Alliance conference, and a representative from the now-defunct Isis Mobile Wallet was delivering the keynote address. As part of the keynote, the speaker played a video clip from the “Seinfeld” show that famously depicts the "Costanza wallet," a wallet so overstuffed that it gave George a backache from sitting on it. The conference speaker had us imagining a world where our mobile phones replaced our physical wallets.

Six-and-a-half years later, that world remains a dream. But are we closer to it, with private-label cards possibly leading the way?

As I was paying for my coffee this morning through a mobile phone app, it dawned on me that I haven't used a physical card for this specific retailer in at least three years. The retailer's mobile app has replaced my physical card, a private-label prepaid card, as my payments credential. I no longer have a need for the card at this retailer, nor do I want one—I'd prefer to keep my wallet from becoming a "Costanza wallet." And while my example describes a prepaid card, I believe that this retailer's model is indicative of what's on the horizon for private-label store credit cards as well.

I usually quickly turn down any offers for private-label credit cards at retailers. Even though these cards come with some sweet deals and benefits, I just don't want more plastic in my wallet.

But what if this credential could be issued directly within the retailer's mobile application without ever issuing a plastic card? Sign me up!

I remain skeptical about the future of the so-called "pay wallets," but continue to believe that the future of mobile payments will be driven by retailers' mobile apps. And I think these mobile apps present these retailers the ideal opportunity to drive their private-label prepaid or credit adoption and usage without ever having to issue a plastic credential.

If the credential that retailers issued were in electronic form, such as a token or virtual card, it could disrupt the plastic card industry—approximately 360 million credit and 4.5 billion prepaid cards in 2015, according to the Nilson Report. Plus, merchants would benefit by avoiding the cost of issuing and distributing cards.

So back to my original question: Are we closer to a world with thinner wallets, and with private-label cards possibly leading the way?

I don't think our physical wallets will ever go away, but I do believe that they will slim down as we witness a substantial rise in the issuance of private-label virtual credentials in the future on a wide range of connected devices.

In fact, I'm willing to go out on a limb and suggest that these credentials will eventually overtake the number of physical cards.

What do you think on the future of plastic in the private-label space? And what new challenges, if any, will the virtualization of plastic have on the personalization and authentication of payment credentials?