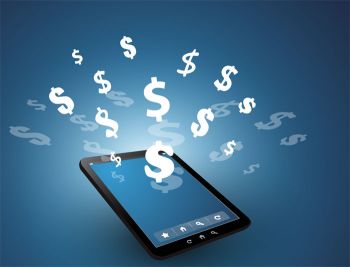 Based on comments from bankers and industry observers, most institutions still do not charge customers for electronic-payment services, such as online billpay, mobile remote deposit capture (RDC), or even person-to-person payments. While there are some banks that do charge small business customers for these services, the majority view e-services as a way to increase customer ‘stickiness,’ rather than as a source of fees.

Other experts are not quite as sure as Aufseeser, and they think that, over time, banks will be able to charge for these services. But it largely hasn’t happened yet.

Aside from the competitive aspect, another reason banks are not charging for online bill payment is because from a cost perspective, it pays to encourage consumers to use electronic rather than paper payment methods. Aufseeser notes that 70% of online billpay is now conducted through e-transactions, a significant savings for banks.

What’s more, some banks are concerned about a publicity backlash. Others believe that charging for e-services doesn’t align with their mission of being a customer-focused bank, notes Ned Tobey, vice-president of product development for Q2. However, Tobey is hearing more bankers express interest in charging for online billpay and mobile RDC, than in the past.

While e-services currently may be free for many customers, they certainly are not free for banks. Each mobile RDC transaction, for example, costs a bank between 45 cents and 60 cents to process, explains Bob Roth, managing director at Cornerstone Advisors.

The low adoption of mobile RDC allows banks to afford to fund the service, but as adoption grows, banks will likely revisit whether or not to charge, explains Roth. “When you can achieve adoption rates of 30% to 40%—if that’s even possible—banks will need to reconsider charging for mobile RDC,” he says, adding that the adoption of mobile RDC and other e-services has occurred in “dog years” and is lagging far behind banker expectations.

Gabriel Palafox, director of multi-channel development, says Birmingham-based BBVA Compass began offering mobile RDC in 2013. The bank is currently focusing on improving the customer experience and only then will consider charging for the service. Even if it does charge, the fee likely would be only a few cents per transaction, he estimates. Palafox also notes that some banks have successfully charged for immediate funds availability with mobile RDC, but BBVA Compass does not yet offer that service.

Rather than totally give up on charging for e-services, some banks are experimenting with tiered fee structures, such as only charging for expedited payments or for payments that exceed a monthly maximum. At California’s Union Bank, the Power Pay online bill payment service is free for the first 15 items each statement cycle. Additional items cost 50 cents each. Whereas Cleveland-based Key Bank provides free online billpay, but next-business-day expedited payments cost $9.95.

At Wells Fargo, customers qualify for free billpay if they have an eligible checking account or keep a minimum balance of $5,000 in qualifying accounts at all times. Those customers who don’t meet those requirements are assessed a $3 per-month fee, which includes up to 25 payments. Each additional payment costs 40 cents. The bank does not charge for mobile RDC.

Some are looking beyond more traditional tiered pricing schemes. Tom Allanson, electronic payments division president at Fiserv, has witnessed banks employ creative tactics, like charging customers a fee based on who the payee is.

For example, since a late payment on a credit card bill carries more negative consumer consequences in the form of late fees compared to a late utility payment, typically, customers may be willing to pay to expedite their credit card payment than for their electric bill to arrive on time.

According to Q2’s Tobey, the amount of the charge can be small—even as little as 10 cents per e-transaction—but still be worthwhile for the bank. “Customers would be willing to pay a small fee for convenience,” points out Tobey. “For a bank with a large customer base, even a small fee per transaction can become a big revenue generator.”

Fees from day one

One bank that is bucking the trend of giving away free online billpay is Bay-Vanguard Federal Savings Bank in Hanover, Md. The $179 million bank charges $4.95 per month for standard online billpay, according to president and CEO Carolyn Mroz. To date, the bank has received no backlash from its customers for the monthly charge. Mroz notes, however, that not all retail and small business customers pay the monthly fee; the bank will waive the fee based on the customer’s entire relationship with the bank and other products used.

Mroz argues that charging for online billpay makes business sense, helping the bank recoup at least a part of its costs for providing the service. “We made up our minds that if we were going to provide online billpay, then we needed to get some return,” states Mroz.

She also notes that the bank encourages customer use of online billpay by demonstrating to customers how to use the service and set up payees. Once they use the service, they see the value and are willing to pay for the convenience, she says.

Focusing on expenses, not fees

The word “fee,” of course, remains unpalatable to the vast majority of bank customers, particularly the retail customers. Aite Group’s Aufseeser notes that since consumers do not like the term, banks are instead increasing minimum balances or charging monthly maintenance on checking accounts to increase revenue. Customers tend to be more accepting of these types of charges.

In addition, banks can maximize those limited revenue sources by focusing on the cost side of the equation. “Get your costs down to rock bottom so you can make the maximum revenue,” advises Sam Kilmer, senior director, Cornerstone Advisors. “Then make sure that every payment is priced right based on expense.”

He also suggests that banks look for other ways to earn revenue from existing payment channels that may be underutilized. For example, focusing on increasing penetration and activation of debit cards to drive interchange fees. With one-third of bank revenues attributable to payments, says Kilmer, banks should pay closer attention to the profitability of their payment types. “Banks should treat payments with the same level of seriousness as they do lending,” says Kilmer.

Looking at payment types by profitability will make those charge or no-charge decisions easier, he says.

Bob Roth, Kilmer’s Cornerstone cohort, goes as far as suggesting that banks consider charging a per-transaction fee for ACH transactions transmitted through PayPal. He reasons that those PayPal transactions could have been debit card transactions that would have earned revenue for the bank.

“It’s heresy to charge for PayPal transactions,” says Roth. “No bank wants to be first bad guy, but they have to do it.”

Will pay for value

Banks do not have to continue to give away e-services for free, but if they hope to charge for them, they do need to better communicate the convenience and value of these services. “Retail customers and small businesses are willing to pay for e-services they deem as valuable,” concludes Fiserv’s Allanson. He recommends that banks that are considering charging for e-services begin by asking their customers what e-services they would like the bank to provide.

Kilmer recommends that every bank—no matter how small—invest 1% to 2% of its technology budget on payment innovation, so it can create payment offerings that customers are willing to pay for. “Vendors are important in driving innovation, but banks can’t just sit around waiting for vendors to come up with a great idea. Banks have to flesh those ideas out for themselves,” says Kilmer.

BBVA’s Palafox agrees that banks will be able to eventually charge for e-services, but for right now there remains a cultural reluctance on both the part of customers as well as banks. “It’s changing,” says Palafox, “but we are not there yet.”

As online and mobile banking clearly are becoming channels of preference for bank customers—particularly those in the Generation Y demographic—banks are faced with two challenges: Make those digital banking experiences “feel” the same across all channels, and ensure the highest levels of security in all channels.

In January, a Celent survey found branch usage among customers coming in third, behind online banking and ATMs. Meanwhile, mobile banking was a strong and growing fourth.

“Most banks are on the path to improving user experience in individual channels and across channels,” said Bob Meara, senior analyst with Celent’s Banking Group. “This is a large exercise, but a critical one. Customers, not banks, will determine how each channel is used and for what purpose.”

This is why ABA’s Corporation for American Banking affiliate conducted extensive due diligence among a number of vendors, ending with an endorsement of Q2’s solutions for secure virtual banking.

“We deliver a platform that allows us to unify the set of experiences that account holders have across the digital channels, which include online, mobile, tablet, SMS, and IVR,” said Adam Anderson, Q2 chief technology officer, in an interview with Banking Exchange. “On the back end, we provide a unified platform within which the financial institution can learn about and understand their customers; service their needs; manage the security of their accounts and transactions; and really investigate how they use the digital channel.”

Paramount in all this is the need to provide comprehensive and multiple layers of security in the digital space. “We realize there is no single, absolute defense,” Jay McLaughlin, Q2 chief security officer, told Banking Exchange. “When you think about the entire multi-layer model, what that means from our standpoint is that we are going to focus controls on the entire banking session, from the log-in, the authentication, all the way through to transaction submission.”

For more information, go to http://www.bankingexchange.com/old//Products/Endorsed/Pages/virtual-banking.aspx