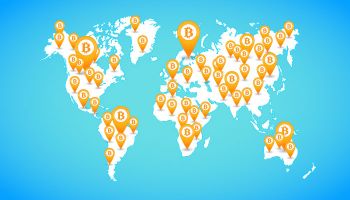 The number of active Bitcoin users worldwide will reach 4.7 million by the end of 2019, up from just over 1.3 million last year, says Juniper Research.

However, the report argues that usage will be continue to be dominated by exchange trading, with retail adoption largely restricted to relatively niche demographics.

While a number of high-profile retailers are enabling Bitcoin payment, activity levels from both online and offline deployments are extremely low, according to Juniper’s report.

“While average daily transaction volumes have increased by around 50% since March 2014,” wrote author Windsor Holden, “the indications are that much of this growth results from higher transaction levels by established users, rather from any substantial uplift in consumer adoption.”

The report cites a number of factors which it claims would continue to inhibit growth, most notably the difficulty in communicating the concept of cryptocurrency payments to end users. Juniper’s report also argues that Bitcoin’s historical association with—and continued use by—criminals for illegal purchases and money laundering is likely to act as a further deterrent to mass adoption.

Meanwhile, the report observes that with many Bitcoins being hoarded by early speculators, currency supply could be further restricted with Bitcoin mining profitability threatened by a combination of the cryptocurrency’s volatility, lower Bitcoin yields, and rising electricity costs.

• Structure could drive retail volume. The introduction of licensed, regulated exchanges could lead to a stabilization in currency values and with it an increase in retail transaction adoption.

• Using Bitcoin rails for other purposes. The protocols behind cryptocurrency could be deployed in areas such as real-time transactional settlement.