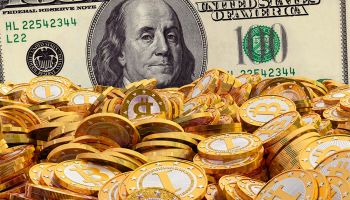 Each week it seems the media reports on another merchant that has agreed to accept virtual currencies as a payment method. While the buzz around virtual currencies largely centers on consumer transactions, the long-term impact of the technology may have nothing to do with buying goods or services online.

Instead, according to a recent Federal Reserve report, the underlying technology—often called the blockchain—could be used to create a new “payment rail” for direct bank-to-bank settlement of transactions.

In January, the Federal Reserve (Fed) released its long-awaited report, Strategies for Improving the U.S. Payment System. According to the Fed, the U.S. payment system is at a critical juncture in its evolution, with technology “rapidly changing many elements that support the payment process.”

The Fed’s report lays out several options for improving the speed, security, and efficiency of the U.S. payment system. Options covered in the report include enhancing the debit card networks to improve speed or building a near real-time payments infrastructure capable of handling ACH, check, and wire platforms.

Another option highlighted for additional study is leveraging internet technologies—such as the blockchain—to facilitate bank-to-bank transaction clearing and settlement.

The Fed’s report dismissed the direct use of virtual currencies. However, the Fed acknowledged the possibility that using virtual currency technology to establish a direct settlement system between banks would increase the speed of settlement and potentially reduce transaction costs.

This concept is revolutionary, especially for the Fed itself, which currently acts as a central clearing house for inter-bank settlements. Today, for example, a bank that wants to send money to another bank submits payment instructions to the Fed, which then sends the instructions to receiving banks in batches, five times per day. This process is increasingly viewed as slow and inefficient, particularly for a global economy in which trillions of dollars change hands every day.

In contrast, a system built upon virtual currency technology could allow banks to bypass the Fed and settle transactions directly. “Participating institutions could directly exchange credit-push transactions with (near) real-time authorization/clearing and the payer’s bank guarantee of good funds,” the Fed report states.

Although not mentioned in the report, a company like Ripple, for example, advertises its technology as allowing near real-time settlement through a decentralized network of computers that rely on “partnerships with banks, payment processors, money transmitters, and other financial services institutions.” Moreover, the Ripple model—which is “currency agnostic”—would seem particularly useful for settling international transactions where there is no central clearing agent.

What could block the rails?

Although the report acknowledges the potential for using internet protocols to enable direct settlements, this option is just one of many that the Fed is currently reviewing for improving the speed and efficiency of the payments system. In terms of leveraging a decentralized internet protocol network architecture, the report noted several potential challenges.

First and foremost, the report suggests that an internet-based settlement system may be vulnerable to cyber-attacks, data breaches, and other security concerns. Second, the report touches on the practical challenge in implementing such a radical shift in technology for the thousands of banks and credit unions in the U.S.

Two other practical challenges may also impact interest in developing a real-time settlement system based on virtual currency technology.

First, engaging in real-time settlements must somehow be incorporated into the daylight overdraft protection system. This system insures that a bank does not become insolvent during the course of a day—with potentially difficult results to individual banks and to the payment system as a whole.

Second, to the extent that virtual currency companies are viewed as higher risk, the Fed, banks, and other financial institutions are likely to continue to investigate the technology at arm’s length. The Financial Crimes Enforcement Network’s recent enforcement action against Ripple for anti-money laundering deficiencies demonstrates that virtual currency companies are still developing their business models and corresponding regulatory compliance programs.

All of the options discussed in the report, including the use of virtual currencies, will continue to be reviewed through the discussions of the Fed’s Faster Payments Task Force, which will identify and evaluate alternative approaches for implementing safe, ubiquitous, and faster payment capabilities in the U.S.

Looking down the track

Although the media has focused on virtual currencies in consumer transactions, the payment rail technology underlying virtual currencies may ultimately prove more disruptive to the payments system by transforming the way banks in the U.S. and around the world settle transactions. The next few years will see potentially dramatic changes in the way transactions are settled. Both the speed and methods of payment processing, at the retail and wholesale levels, will lead to new methods of operating, regulations, and safeguarding payments.

Ed Wilson, Jr., is a partner in Venable LLP’s Washington, D.C., office. He previously served as Deputy and Acting General Counsel in the U.S. Treasury Department. He can be reached at [email protected].

Andrew E. Bigart is counsel at Venable. He previously worked on legal and economic policy issues at the State Department and at the Federal Trade Commission. He can be reached at [email protected]