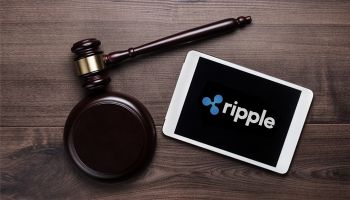 FinCEN showed its teeth to the virtual currency business this week with the first civil enforcement action against a virtual currency exchanger, involving a fine, an agreement to implement remedial steps, and requirement of a three-year lookback for potentially filing Suspicious Activity Reports on past transactions.

In conjunction with the U.S. Attorney’s Office for the Northern District of California, FinCEN (Financial Crimes Enforcement Network), a Treasury arm, assessed a $700,000 fine against Ripple Labs Inc. and its wholly owned subsidiary, XRP II, LLC. (The U.S. Attorney assessed a $450,000 forfeiture, which the company will be permitted to credit towards the FinCEN penalty.

In a speech a day later, FinCEN Director Jennifer Shasky Calvery addressed the case in the bigger picture of virtual currencies and government authority in that sphere.

“Virtual currency exchangers—like all members of regulated industries—must bring products to market that comply with our anti-money laundering laws,” said Calvery. “Innovation is laudable but only as long as it does not unreasonably expose our financial system to tech-smart criminals eager to abuse the latest and most complex products.”

Calvery stated that such firms have been subject to BSA/AML laws for years, and said that guidance issued two years ago was a clarification to underscore that such firms are “money transmitters” under laws requiring registration and maintenance of a BSA/AML program including monitoring and SAR reporting.

The FinCEN director said her organization has started a series of supervisory exams of virtual currency industry businesses. She said the exams would determine if virtual currency exchangers and administrators are meeting BSA/AML rules. Penalties would be in the offing for any firms determined to be out of compliance.

Ripple is the second-largest cryptocurrency by market capitalization, with Bitcoin the leader.

The federal government’s Statement of Facts and Violations is highly detailed, reflecting effective dates, changes in where and how Ripple services were provided, and more. For example, the document states that the operation was engaged in sale of virtual currency as of Aug. 4, 2013, but that it did not register as a money services business until Sept. 4 of that year, and that it didn’t develop a written BSA/AML program until Sept. 26. Further, the government states that a compliance officer was not hired until six months after sales of virtual currency had begun. Training came later still, according to the document.

The government also cited three examples of transactions or attempted transactions where SARs were either not filed or not filed on a timely basis. The lookback agreed to with Ripple must go three years for transactions involving or aggregating to $2,000 or more.

Richard Weber, chief of IRS Criminal Investigation, part of the case, stated that “Unregulated, virtual currency opens the door for criminals to anonymously conduct illegal activities online, eroding our financial systems and creating a Wild West environment where following the law is a choice rather than a requirement.”

Ripple Labs issued a statement on the case, which said in part:

“An early company in an emerging, undefined fintech category, Ripple Labs was one of the first to proactively build out a compliance and risk program. We’ve been consistent in our message of supporting a compliant and healthy Ripple ecosystem. We have not willfully engaged in criminal activity, nor has the company been prosecuted.

“We couldn’t agree more with Chief Weber’s observation that a ‘Wild West environment’ is untenable in financial services. To that end, and as the government has recognized in today’s agreement, Ripple Labs has cooperated extensively with the government during its investigation and has taken a number of important steps over the years to build and strengthen our compliance programs. These measures include: registering a subsidiary, XRP II, LLC, as a money service business to handle XRP sales for the company in 2013, in response to and in an attempt to comply with the March 2013 Guidance by FinCEN; hiring a chief compliance officer in January 2014, a general counsel, and a BSA officer in February 2015; and continuously enhancing an anti-money laundering program.

“Ripple is infrastructure technology for banks to build compliant payment networks. The settlement announced today does not impede our ability to execute on those bank integrations. We’re continuing to focus on working towards an Internet of Value.”