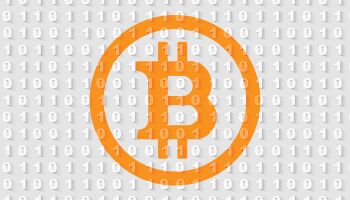 Blockchain is starting to generate a great deal of buzz in financial institution circles. That recognition comes not for its association with the best-known virtual currency, but for its potential for boosting security, speeding up back-office functions, and streamlining audit processes.

What is blockchain? Most often it is characterized as a digitally maintained ledger of all transactions ever made in a defined system, recorded sequentially, and impervious to revision or deletion. Most important, this ledger is available to all parties of the system—although, at least in Bitcoin’s case, the names of the parties are protected by encryption.

Investopedia describes it this way: “To use conventional banking as an analogy, the blockchain is like a full history of banking transactions. Bitcoin transactions are entered chronologically in a blockchain just the way bank transactions are. Blocks, meanwhile, are like individual bank statements. Based on the Bitcoin protocol, the blockchain database is shared by all nodes participating in a system.”

The magazine The Economist recently issued a special report all about blockchain, “The next big thing: Or is it?” and provided a similar description, adding that in the case of Bitcoin, “new blocks are tacked on to the blockchain every ten minutes or so, extending it by a few hundred lines (it is already over 8,000 times the length of the Bible.).”

Who does this chaining of blocks?

A group of 10,000 or so data centers across the globe that authenticate transactions by reaching a consensus on what the latest version of the blockchain should look like, in exchange for newly minted bitcoin.

“To overwhelm the system, someone would need to control 51% of the computing capacity of the 10,000 or so” data centers, says The Economist.

But Bitcoin is one thing, and blockchain is another, and it’s the latter that’s of growing interest in financial services.

In the U.S., entities like Goldman Sachs, NASDAQ, the New York Stock Exchange, USAA, BNY Mellon, and others reportedly have working groups looking into blockchain applications. Abroad, groups like the European Banking Association and several major banks likewise are examining it closely. (At the recent Exponential Finance conference, covered elsewhere on www.bankingexchange.com, many speakers spoke entirely about, or referred to, the potential future uses of blockchain technology. View sample video.)

In fact, Vincent Brennan, head of group payments and operations at the Bank of Ireland and chairman of the EBA, said: “We see [the blockchain] as a technology that while relatively novel and new is one that if you look into two years, five years, or ten years, would be very important for banks and now is the time to start understanding it and looking at what its opportunities could be.” (As reported by Yessi Bello Perez, writing in the blog Coindesk.)

But in what kinds of applications would blockchain be useful? Evander Smart, writing in the blog Cyrptocoinsnews, puts it this way:

“The good news for bankers is that anything that can be identified or coded with a number can be stored in a blockchain, from property rights to securities to loans. This may include any document, title, or deed … Anything that can be tied to a financial instrument can be tracked and linked to an internal blockchain system as well, in theory.”

Smart goes on to quote Alex Marquez, managing director of corporate development at USAA: “Because it’s an immutable contract, there’s an element that is a proof of record of a transaction that’s very deep in security, using cryptography. There’s an element of that that invokes trust.”

Mercator Advisory Group likewise issued a report on blockchain recently and concludes that it could “fundamentally alter a whole range of services that today require middlemen to maintain centralized databases. These applications range from using bitcoins to trading real-world assets like securities or land titles, to structuring ‘smart contracts’ that could pave the way for on-demand services.”

Nikhil Joseph, a Mercator analyst and author of the report, says: “The shared ledger known as the blockchain represents a global consensus of events that have happened up until the latest block, all in the form of Bitcoin transactions. These two aspects—immutability and decentralization—give Bitcoin technology immense promise, far beyond simply enabling person-to-person transactions.”

(As an aside, The Economist also talks about “smart contracts,” in a particularly troubling way: “Boosters think such a machine could support ‘smart contracts,’ where a computer can verify or enforce an agreement. The next step is for robots to go into business for themselves—for example, a computer server renting out processing capacity and using the profits to upgrade itself. That, for now, is science fiction.”)

Looking ahead—and science fiction aside (or not)—an analogy can be made to the development of the internet. At first, the now-ubiquitous net was a curious and loose network of mainly academic centers and government agencies set up to exchange data. Along came the World Wide Web and the technology expanded literally at light speed, exponentially changing everything and ushering in the Communication Age.

The Economist cited blockchain proponents as envisaging a so-called “internet of value” that “can make money flow as freely as data are flowing already … In the same way that e-mail did much more than replace letters sent in stamped envelopes, the internet of value would be a platform for myriad as-yet-unthought-of innovations.”

“All that is needed, blockchain boosters argue,” The Economist report concludes, “is a killer app to find a use for the breakthrough.”

Blockchain: The Next Big Thing: Or Is It?

More in this category: « What’s up with Android Pay? Apocalypse or apprentice? »
back to top