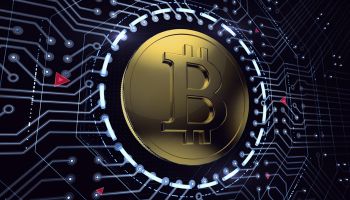 Here at the end of 2015, one would be remiss not to take one more stab at making sense of the emerging technology that many have said could completely upend the banking industry in terms of increased efficiency, faster transactions, improved customer service, stellar security, and higher revenues …

… if only somebody could figure out how to make it work.

That technology, of course, is blockchain.

Form of the future?

Also known as distributed ledger technology and the driving force of Bitcoin, it has dominated the conversation and fired the imagination of many in industry due to the numerous possible applications that have been hinted at this year.

“There is phenomenal capability and potential for disruption in blockchain technology,” says one observer writing in the blog Bankhawk.

He goes on: “Blockchain technology offers a comprehensive and flawless solution for banking because it cannot be corrupted or leaked and its integrity is beyond question. This is why many of the largest global banks are exploring how blockchain applications can provide the future platform for banking globally.”

Impressive, but it’s necessary to single out one word from the above statement: “exploring.”

That goes back to the original point: Who’s going to figure out how to make it work?

Make no mistake. By this time in 2016 there likely will be some solid answers to that question. From the available literature now, the exploration is proceeding along two tracks in financial services. One is in the capital markets industry and the other is in the commercial/retail side of banking.

On the markets side, Celent, in a recent report, calls the interest and progress around blockchain “remarkable.”

“A term that is expected in the debate around blockchain and distributed ledger is disintermediation,” Celent says in the report’s summary. “This technology is considered to be so powerful that it could lead to the displacement of entire layers of intermediaries. In an extreme scenario, sell-side firms, exchanges, central counterparty clearinghouses, custodians, central securities depositories, many technology vendors, and utility providers could all be displaced by new or hybrid technology providers which would support the underlying infrastructure of the blockchain-reliant capital markets.”

A recent report by Accenture briefly chronicles the wide range of entities currently doing research regarding blockchain and investment banks. More important, though, the report lists 16 specific questions that need to be answered, showing just how nascent this technology is now. These include issues ranging from regulatory control, value propositions, access, technical scalability, and more.

The researchers conclude with these observations:

• Capital markets backbone. Although the potential of the technology is only just emerging, blockchains will become the critical backbone of the future capital markets infrastructure.

In other words, blockchain applications are still a long way off in the capital markets, but once all those questions are answered—watch out.

Other front for blockchain: commercial banking

The situation is similar over in the commercial banking side. Aite Group recently tested the waters there and concludes, preliminarily, “Once merely a fringe curiosity, blockchain now has the power to change everything.”

“Many technical details and variations signify different implementations, all of which could mean potentially disruptive applications for these technologies.”

There is no doubt that many very influential forces recognize the potential of blockchain technology for banking, as well as other industries.

“As with any early-stage, highly complex technology that demonstrates the ability to change the way we live our lives and conduct business, blockchain demands a cross-industry, open source collaboration to advance the technology for all,” says Jim Zemlin, executive director at the Linux Foundation.

The idea is, instead of going off in different directions, industry by industry, a shared research and development effort would provide a standard available to all, according to the Linux announcement.

And it includes the heaviest of hitters: IBM, Intel, and Cisco, to name a few tech companies, as well as J.P. Morgan, Wells Fargo, SWIFT, and, from Down Under, ANZ Bank.

Says ANZ CTO Patrick Maes: “We recognize that there is currently no industry-accepted, enterprise-grade blockchain framework today that is fit for purpose for our industry.”

No timeline was associated with the announcement of this project, but that doesn’t mean there won’t be any pressure to come up with results. There is competition, also announced this month.

Nomura Research Institute, based in Tokyo, says it will develop a proof of concept for implementing blockchain technology with banking. It will collaborate with SBI Sumishin Net Bank Ltd. (Previously, it initiated a similar proof-of-concept effort for blockchain technology in the securities industry.)

“The [proof of concept] will examine business scenarios and validation items, prepare prototype systems based on these anticipated business scenarios, and materialize ways to apply blockchain technology for banking,” NRI says in its announcement.

Lots of sense waiting to be made

So there it is again. Things are in development, being prepared, examined. Obviously, there will be lots to make sense of regarding blockchain in 2016.

The title of Aite’s recent report nails where this technology stands now, though: “Blockchain: What is it Good for? Absolutely Something.”

Blockchain In The Investment Bank

New Aite Group Report—Blockchain: What Is It Good For? Absolutely Something

More in this category: « Cyber angst to rise in 2016 Banking on artificial intelligence »
back to top