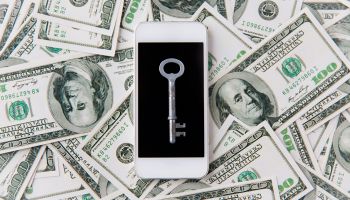 In the sci-fi film “Minority Report” a future police force uses a form of prediction to “catch” criminals before they actually commit the crime. They are arrested before they do the deed, to prevent the crime from ever occurring.

That didn’t work out so well in the Tom Cruise movie, with destruction and mayhem following, but preventing fraud before criminals grab funds transferred via same-day ACH transactions has come to the fore.

Same-day ACH service, which begins the first stage of its phase-in on Sept. 23 for credits, promises improvement for the payments system. But it—and other faster-payments initiatives under consideration—also represent potential for fraudulent activity. There’s a consensus that exposure to fraud will rise as criminals exploit tighter deadlines, as the same-day framework is rolled out in its three phases.

Guardian Analytics has launched a real-time solution to help ODFIs—originating depository financial institutions—to catch questionable transactions while analyzing transfers batched for same-day processing. The intent is to expedite processing to meet new deadlines while kicking out transfers that appear to be suspicious with the company’s ACH-ODFI Real-time.

“The key to this is real-time intervention, to have the ability to catch things before they go out the door,” says Luis Rojas, Guardian’s vice-president of product management. “The bad guys always exploit disruptions in the market.” The company’s solution relies in part on analysis for anomalies—departure in the transaction to the sender’s historical behavior.

Fraud analysts can review transactions or batches of transactions flagged by the Guardian Analytics software, and either implement a manual override or pull them from the batch for deeper investigation. Analysts’ dashboards show risk-ratings for transactions by one of four colors, from green to red for those with the highest potential for fraud. A transaction determined to be genuinely high risk can be bounced back to the sending entity.