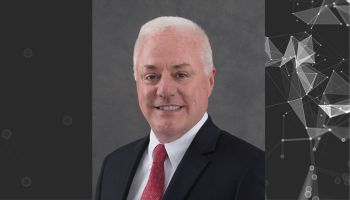 The Federal Reserve System has announced the appointment of a Boston district bank official as the Fed system’s next payments security strategy chief.

Kenneth Montgomery currently serves as first vice-president and chief operating officer of the Boston Fed, a role he will retain as he takes on the chairmanship of the Secure Payments Task Force. This group, consisting of over 200 industry stakeholders, is a companion to the Fed’s Faster Payments Task Force.

As chairman and in related work Montgomery will lead the central bank’s efforts to fight payments fraud and cyber risk.

“Ken’s long and distinguished record of service to the Federal Reserve System, along with his business experience and technical expertise, are exactly what’s needed to help maintain a strong partnership with the industry on improved payments security,” said Jerome Powell, nominee for the Fed’s chairmanship and co-chair of the security initiative’s oversight committee.

Before joining the Boston Fed in 2011, Montgomery served as executive vice-president and chief technology officer for the Federal Reserve Bank of Richmond. He succeeds Todd Aadland, who held the security post since September 2015. Aadland was simultaneously senior vice-president at the Chicago Fed.