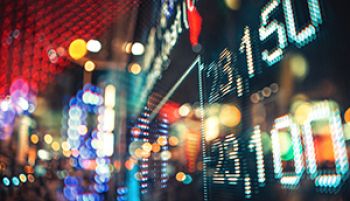 After a weeklong rally on Wall Street, United States based technology firms are on the decline in the second half of this week. The technology shares are likely falling due to pessimism that the Federal Reserve may decide not to cut interest rates while treasuries sharply rose.

Conversely, commodities rose as investors took to a defensive position. In particular, the NASDAQ gave back gains that it had made over the past week when the market grew more optimistic after tariff threats died down. The FTSE 100 also fell by .4% today, as Europe still struggles with the Brexit question as well as over leveraged countries including Italy.

In Hong Kong, unrest over a new mainland policy being considered that would allow China to extradite Hong Kong residence accused of crimes have also rattled Asia markets.   Additionally, while Trump tempered tariff concerns with Mexico, he continues to take an aggressive tone toward China in terms of trade.

That said, as far as banks are concerned, monthly inflation numbers show that the Federal Reserve has some major leeway if they decide to cut interest rates. Once again, banks are hoping that the federal reserve will offset trade concerns as China seems to have little appetite for direct talks with the United States later this month. The rise of precious metals is also a telling sign of market unease.

The good news for Wall Street is that inflation still seems to be in check, providing optimism for the lending side of the banking business across the board. The federal reserve, however, has not made any indication that global trade negotiations will impact their decision making.