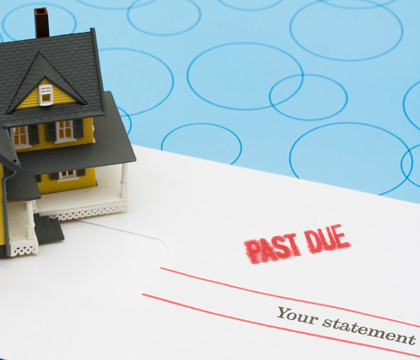 There's more than what meets the eye.

TransUnion unveiled research this week indicating that the national mortgage delinquency rate actually consists of two streams of data, that, when separated, tell a different story than the narrative seen when only the total trend has been examined.

"Stubbornly high mortgage delinquency rates may actually be as low as those observed 10 years ago when taking into account mortgages that have remained in the system for 180 days or more," TransUnion stated.

Borrowers are rated delinquent on mortgages if they are 60 days or more past due. While overall rates remain historically high--4.56%, more than double the pre-crisis normal level of delinquencies--two trends are going on now.

Looking deep into the data, TransUnion found the underlying trend noted earlier: Mortgages originated before 2009 make up 50% of all outstanding mortgages but 86% of all mortgage delinquencies.

This is a "rat in the python" episode. Many factors, including attempts at workouts, legislative and other delays, have kept many troubled mortgages in the system and out of foreclosed status longer than usual. This "hangover" of troubled loans produces the numbers mentioned above.

Twenty percent of mortgages originated in 2007 have at one time or another been delinquent and 14.5% delinquent within the first three years of the loan.

By contrast, only 2.5% of the mortgages in the 2010 vintage have experienced a delinquency in--the first three years of their life.

"Some people may see the high overall mortgage delinquency number and worry that mortgage borrowers are still a bad credit risk," said Martin, "but we don't believe that's the right conclusion."

Explaining further, Martin said that "it's no longer a credit quality or home price depreciation issue, and we are not adding many new delinquent mortgage borrowers into the pool these days. Instead, it's an issue of the timelines to cure or foreclose. We are simply not draining the pool very fast, and the size of the ‘drain' varies significantly by state."

In an interview about the findings, Martin said that while TransUnion sees cause for more optimism by lenders, the industry still has issues to finish working through.

"We're not out of the woods yet," said Martin.