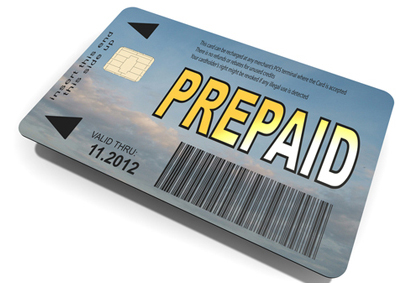 "Who wants Kim Kardashian teaching kids how to handle money?"

You might think that's a strange but rhetorical question. Yet a few years ago the socialite and reality (?) television star and her sisters actually launched the "Kard." The defunct prepaid card program had been targeted to teens, and among other criticisms became known as a product with whopping big fees.

Craig Fuller, CEO of Transcard, was making a point about the prepaid card market when he brought up the dead program during the ABA Prepaid Roundtable, a prequel to the 2013 National Conference for Community Bankers. Three years ago--the same period when the "Kard" flew, crashed, and burned--many plastic pundits predicted the traditional banking industry would never succeed in the prepaid arena. Fuller said the experts claimed that nonbanks had done an end run on banks.

Pointing to the likes of the "Kard" as the extreme end of the result, Fuller said, "It's time for banking to take this back."

Fuller's company has been working with ABA for several years now to make that possible. The firm and the association offer the Community Bank Prepaid Program. At the time of the conference, nearly 100 banks participated in the program, selling cards at over 1,300 locations. The program's scope of offerings, support features, and marketing aides continues to grow.

Fuller spoke in the course of leading into a panel of bankers from participating institutions, who discussed how they use the TransCard/ABA program.

First Bethany Bank & Trust, a $219.4 million-assets institution in Oklahoma, had tried many times to persuade area Hispanics to bank there. But nothing seemed to work for the long term, said Jane Haskin, president and CEO.

Then the bank tried two ideas concurrently. First, it joined the ABA prepaid debit program. And then, rather than give the cards out only with value embedded, the bank invested in an embossing machine. Each card purchaser received one with their name pressed into it.

This made a change, Haskin said, because these customers--many of them formerly unbanked--had never enjoyed a sense of ownership from a plastic card before. Users went from their traditional pattern of buying cards, using them up, and then tossing them to buying the embossed cards, and refilling them when the funds were expended.

The bank's "Unlimited Access" program has been a  hit. A particular plus of the TransCard/ABA effort is the mobile device access that the accounts permit. Haskin explained that many of the Hispanic customers that her bank works with don't have computers at home. But many of them own smart phones that are, essentially, the family computer.

The initial group of pleased customers resulted in more Hispanic prospects obtaining the bank's cards. Word of mouth is very powerful in this segment in her market, said Haskin.

"They trust each other," explained Haskin, "not necessarily the bank. They are difficult to get into the bank, but we've found that once you can get them into the bank, they are fantastic customers."

That message of trust has been getting around, and other prospective card buyers have been walking off the street to ask about First Bethany's program, she said. Many have tried other prepaid card products, not liked the fee structure, and want to learn about the alternatives available at the bank. Many of those inquiring, she added, are parents looking for a prepaid card for teenage and college children.

"We've been surprised, and pleased, at how many of our traditional customers have adopted prepaid cards," Haskin concluded. While the bank has only a small retail customer base, First Bethany finds that the simple act of issuing the cards makes retail customer see the bank as "their bank."

"You have to be a little creative, but there are some fun ways to move this product," says Haskin. One effort has been partnering with a social worker who helps formerly "missing dads" funnel child support and other payments through prepaid cards.

"I think they like to keep that money from their spouse," Healey chuckled.

Healey said his institution has found that prepaid cards give the bank a positive option to offer when someone failed to meet the institution's requirements to open a checking account. Instead of merely turning them away, the cards equip retail bankers with an acceptable product to offer in place of traditional checking. The prepaid products have been built into the bank's retail sales workflow.

"Facebook can be you best friend," says Puls, assistant vice-president and product manager, "or it can be your enemy. But it worked out for us in this case."