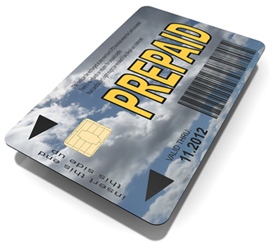 Prepaid cards come in many varieties and play many roles, but one compliance issue tops them all--the belief among bankers that regulators don't like prepaid card programs.

"It's a myth that regulators hate prepaid," said Kevin Martin, chief legal officer and executive vice-president of compliance at TransCard. The company is ABA's partner in its Community Bank Prepaid Program.

What regulators typically don't like to see is a program where the local bank is doing little more than renting its name to the card program, said Martin, who spoke recently at the ABA Prepaid Roundtable, a prequel to the association's 2013 National Conference for Community Bankers. They are put off programs where there is little connection between the card provider and the regulated institution.

The ABA/TransCard effort makes a team of the provider, ABA, and the participating banks. A growing group, that numbered nearly 100 at the time of the February conference, with participants making the cards available in more than 1,300 locations. Banks as large at $12 billion in assets belong to the program.

Martin noted that the regulators don't like payday lending programs, and see certain variations of  the reloadable prepaid card as a desirable alternative to payday lending. So, he argued, they are hardly likely to dislike the programs.

Prepaid programs sometimes face another myth, that "they are a money launderer's paradise," said Martin. People may have visions of bad guys carrying briefcases containing stacks and stacks of loaded cards. Or, as Martin suggested, they may think of a bad actor loading a huge amount of money on a single innocuous-looking card.

"Even if your systems allowed that," he said, as a provider "I wouldn't allow that into my systems."

Another myth concerning prepaid card compliance is that specialized compliance knowledge is called for, to offer such instruments. Martin said that the bank's usual customer identity program handles the central issues quite satisfactorily, making additional staff necessary only if sales volume warrants it.

A companion article from the ABA Prepaid Roundtable concerning marketing prepaid cards can be found here.