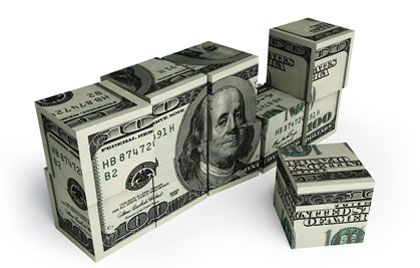 While money and other prizes can help make "gamification" work for your bank, ultimately both employee and consumer "players" like the opportunity to use and show off their skills in a game or competitive environment. This article summarizes the gamification trend and then presents a bank case study.

A banker raised his hand to interrupt Wayne Conte in the midst of his presentation about "gamification." As the ebanker posed his question, a woman in the front row of the conference room rose and walked towards the questioner. As Conte began to answer the question, the woman--a business associate og his handed two items to the banker. No one could see what they were, first.

Conte spoke on, but was shortly interrupted again with another question (he had encouraged attendees to jump right in.)

And again, his associate walked to the questioner, and rendered the items.

This happened several times, during a breakout session at ABA's recent National Conference for Community Bankers. Conte had made a casual announcement that he had some gift cards ready to reward, but hadn't spelled out details. Listeners got the drift.

Questions really picked up after that. The bankers had caught on--ask a question, get free premium coffee.

Underscoring the bigger lesson was the other item handed to each banker--a button reading "Official Gamification Guru." The bankers had learned quite directly that games can encourage desired behavior in employees, customers, and prospects.

"Not that we're trying to bribe you or anything," Conte joked.

And the bankers had also learned that, while Gen X and Gen Y love games, the older generation gets a kick out of them, too.

Soon they would learn that gamification can also be a kickstart.

Essentially, Conte said, "we all like games because they are fun."

You may resist the notion that someone could, or should, make a game out of business. But then, you may already be taking part in such a game, though you don't recognize it as such.

Conte defined gamification as follows: "The process of using game thinking and mechanics to engage audiences and solve problems."

Ideally, he said, a game should include some element of challenge.

Conte said experts predict that 7% of the top companies will engage in some form of gamification. "Your competitors will be looking at gamification," said Conte.

As one example, Conte pointed to LinkedIn. If you list yourself on that social media site, chances are that you haven't completely populated your profile. LinkedIn readily tells you, with a "progress bar," how fully you've told the world about yourself. Periodically, the website sends reminders--even suggestions--about how to flesh out the profile. And when you do so, LinkedIn rewards you with a longer bar. It's a subtle pat on the head, "Ya done good, kid."

But games can be more rewarding, too, for both business and customer. Conte, who formerly worked in card marketing for American Express, said that frequent traveler programs are, essentially, business games. The airline, hotel chain, or credit card running the program wants more sales volume. The more of it the customer brings their way, the more the customer "wins."

At the extreme, such loyalty programs can transcend their original purpose and simply become a matter of bragging rights. Conte noted that a plot element of the film "Up In The Air" concerned major-league frequent travelers who began racking up more miles than they could ever use, simply to be able to say that they were on top.

As this and other examples Conte used shows, the stakes don't necessarily have to be material for gamification to add some kick to a bank's marketing efforts.

But the game, ultimately, must mean something to the player for its goals to be realized. Conte pointed to a defunct Google program, in which searchers received badges for every ten articles they read on a given subject. The problem was, the badges didn't lead to anything, and didn't mean anything to recipients. By contrast, Conte pointed out that young people playing online games value status level rewards, because attaining a given level provides privileges within the game, such as access to the next game stage.

Aaron Dignan, author of Game Frame: Using Games As A Strategy for Success (Free Press), advises that an essential for games that catch the imagination is the need to build up, or have, a skill level. Thus a game that demands something of the employee or consumer means more than something more random, according to Conte, citing the book.

"If you make something too easy,  you are not going to get people engaged," said Conte.

Games can be external--working with customers and prospects--or internal, working with employees. Banks interested in adopting some element of gamification, whether in online form or otherwise, can follow three steps that Conte outlined.

While everyone likes games, different generations tend to come at life differently. Conte said that members of Gen Y, who have been raised on games, tend to look at life as a video game, and see themselves as tech savvy and innovative. They also tend to be negotiators, and have an tendency to look for loopholes. And they like situations where they are asked to solve something.

What is it your bank wants to do? Is it trying to drive more business acquisition by employees? Persuade customers to use a service? Improve employee behavior in regard to health?

"A healthier employee is a happier employee, and will ultimately cost you less money," said Conte.

Employees earned points for health-related activities, such as getting a physical, getting some exercise, and more. The game became competitive, with employees comparing their point totals. In addition, every point was worth $1. The company gave out over 52,000 points.

"It not only improved our bottom line, but it also turned out to be a great team builder," said Conte.

Bentley became inspired to try the technique in her $290 million-assets bank after attending a motivational seminar. At that meeting, to demonstrate the concept of gamification, the speaker gave out pins when a listener participated. It turned out that those who accumulated multiple pins could turn them in for larger prizes. Bentley saw the technique become infectious.

When she returned to the bank, she decided to give gamification a try.

"We wanted to motivate our employees to a higher level of performance on the job, while still having some fun doing it," said Bentley.

Then Bentley ran into a wall. Every gamification firm she contacted was oriented to companies much larger than the 100 FTE bank. The prices companies quoted to her outstripped the bank's budget--they wanted $10,000 to $15,000 to set things up.

She drafted some of the bank's technologists, and one of them knew a developer, recently graduated from college, who could handle the programming. He made some money and the bank had a big savings. (The bank has since copyrighted its program and may begin selling it.)

"What you measure sets the tone," said Bentley. So the bank had to determine what its goals would be. Three main parts were put together: sales efforts, self-improvement training, and healthy lifestyle. The first round of the online-based game debuted in 2012. To add to the fun, the bank established teams with team leaders.

To get things started, the bank awarded points just for logging on the first time, a page out of the book of many customer loyalty programs. A key element of each employee's home page is a periodic special announcement reminding players of steps they could take to build points.

To keep the competitive juices flowing, the login page also had a leaderboard, making it clear who was winning the ongoing contest. Top teams and top individuals were both listed.

"Some embraced it, and some didn't," said Bentley. But results were enough to convince the bank to give the technique another round, this year.

In the 2012 round, simply getting on board entitled the employee to "purple" status, which entered them in a drawing for a small cash prize. The drawings were held monthly. (In 2013, players start without a color, and have to earn their way into the rainbow.)  Other opportunities came as skill levels and points built up.

In addition to the shift to a "colorless" beginning, adjustments were made to the program to allow for job differences. Not all departments are treated equally now, Bentley explained, as some employees have much more opportunity to make referrals. Bentley said backshop employees tended to back out the first year, when they realized they were competing with frontline workers with much more customer contact. However, the bank made it clear that backroom employees were still expected to make referrals when out in the bank's communities.

This year the bank has also not divulged everything about the contest up front. They've told staff that as they reach certain levels, new features of the game will be unlocked.

Bentley stressed that balance is essential. You can't make things too difficult, nor can they be made too easy.

But the speakers did give easy a turn. They closed the session by pairing up the audience for a game of "paper, rock, scissors."

Everyone stood, and winners turned to winners, until all but one winner was eliminated. The last shooter standing won a prize.