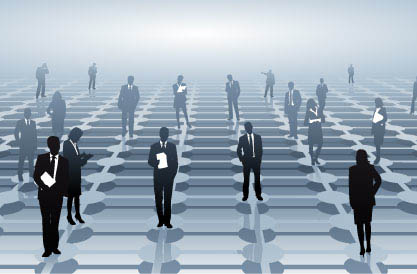 By comparing the 2012 survey responses with those recorded in 2008, it is possible to see how executive pay and incentive compensation have evolved in the aftermath of the 2008-2009 credit crisis and the subsequent recession.

Financial institutions' management teams have faced serious challenges over the past five years. In addition to struggling to manage through the effects of the lingering recession, they also have been challenged to comply with a demanding--yet still evolving--regulatory environment.

These immediate concerns were coupled with the ever-present need to provide a satisfactory return to investors and other stakeholders, while also addressing ongoing concerns regarding risk exposure and mitigation.

The survey reveals that as top executives' responsibilities and challenges have increased, so has their compensation. Significantly, the survey indicates a discernable shift toward greater use of incentive-based compensation as a means of recognizing and motivating performance.

A number of trends can be discerned when comparing the 2008 and 2012 survey data, but four points in particular merit special mention:

1. Modest increases in base pay and total compensation

Combined base pay for all C-suite positions increased by an average of 5.6% annually over the four-year period. While this exceeds the annual increase among the general workforce, it still is well below the percentages that were seen prior to the recession.

A similar trend was noted in total cash compensation, which includes incentives and other benefits.

2. Increased use of incentive pay

While base pay and total compensation increased moderately between 2008 and 2012, there was a more sizable increase in the use of incentives in the executive suite. The portion of total compensation that came from performance-related incentives increased from an average of 21% in 2008 to 27% in 2012, with the largest increases seen in the CEO, COO, and CLO positions.

The outcome of this trend is that a greater proportion of total compensation can now be classified as "at risk," especially in the CEO, COO, and CLO positions.

While more pay at risk can offer advantages, it can also produce a potential downside if performance falls below target levels. The picture is further clouded by the potential regulatory threat of "claw-backs" of incentive pay that is determined later to have been based on erroneous performance data.

3. The growing role of incentives in risk management

A less obvious but equally significant trend can be seen in the use of incentives to reward those executives with risk management and credit quality responsibilities. The proportion of executives in CCO or CRMO positions who earned incentives increased by 14 percentage points between 2008 and 2012, compared to only 5 points among C-suite executives overall.

This trend is mirrored in related survey responses. When participants were asked to list the factors most commonly used to determine incentive pay, credit quality moved up into the top three factors named in 2012. Conversely, new loans made dropped from the top three in 2008 to seventh in 2012.

These concurrent trends suggest growing industry recognition of the importance of risk management.

In addition to short-term, performance-based incentives, C-suite executives often are eligible for longer-term compensation, typically based on changes in organizational stock value. The survey revealed a notable increase in the use of such incentives--from 30.1% of all responding organizations in 2008 to 35.4% in 2012.

Moreover, the number of executives qualifying for long-term incentives increased dramatically. For example, among those organizations that provide an equity-based plan, the portion of senior management members who received incentive stock options more than doubled--from 25.1% in 2008 to 53.1% in 2012.

The increasing importance of incentive-based compensation seen in the survey corresponds to the generally improving health of the financial institutions industry. In the third quarter of 2012, FDIC-insured commercial banks and savings institutions reported a 6.6% increase in aggregate net income over the same period in 2011, the 13th consecutive quarter that earnings registered a year-over-year increase.*

Executive incentives generally are based on broad organizational performance factors such as loan growth and profitability, which are comparable to the industrywide metrics cited by FDIC.

In addition, however, they should include qualifiers for specific institutional metrics, such as credit quality and regulatory compliance, along with a long-term component to encourage executive actions that are supportive of long-term value and closely aligned with shareholders' interests. Using a broad array of indicators at the institutional level makes it possible to establish a positive pay-for-performance system.

[This article was posted on January 17, 2013, on the website of Banking Exchange, www.bankingexchange.com, and is copyright 2013 by the American Bankers Association.]