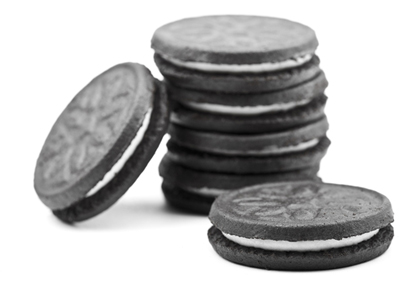 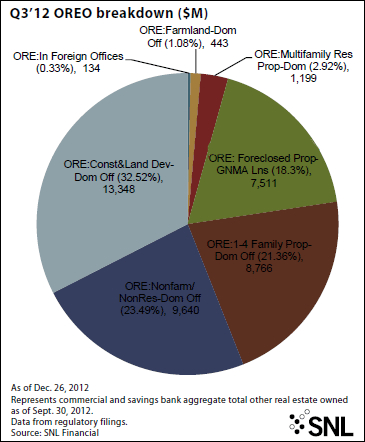 When banks take property onto their balance sheets, conventional wisdom holds, the institutions will try to dispose of the real estate quickly. However, the pace of distressed asset sales has remained relatively slow this year, falling to $11.39 billion through the first nine months of 2012 from $15.68 billion and $20.27 billion during the respective periods in 2011 and 2010, according to SNL data.

Sales activity has not picked up because many banks lack the capital necessary to absorb the hit they would take when selling properties on their balance sheets. Market participants have long said that banks are forced to take the deepest haircuts when selling construction and land-development-related assets. It is not surprising, then, that construction and land development assets represent the largest portion of OREO on bank balance sheets at $13.35 billion, or 32.52% of all OREO.

The second biggest portion of OREO falls into in the commercial real estate category--domestic office loans secured by nonfarm, nonresidential real estate--which totaled $9.64 billion, or 23.49% of all OREO at the end of the third quarter, according to SNL data. The next biggest portion of OREO comes from one-to-four-family properties, totaling $8.77 billion, or 21.36% of all OREO on bank balance sheets.

Even the amount the top 20 banks reporting the largest numbers of mortgages headed for foreclosure stands out against the level of one- to four-family properties held in OREO. SNL data shows that those institutions in aggregate reported $85.64 billion in mortgages in the process of foreclosure, or nearly 10x the amount of one- to four-family properties in OREO for the entire banking industry.

Banks' ability to take mortgages onto their balance sheets through the foreclosure process has varied from state to state, because each locale has its own foreclosure practices and judicial foreclosure states usually take longer to process foreclosures.

This is particularly true in areas that were heavily hit by the credit crisis because the court systems in those states have been overloaded by foreclosures, which has often slowed the process dramatically. In some states, the foreclosure process can last a year or longer, as has been the case in New York, New Jersey, and Florida, the latter of which saw foreclosures take as long as 800 days during the peak of the backlog facing that state. 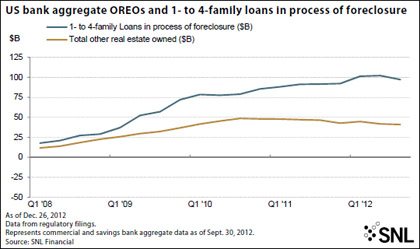 Banks reporting the largest amount of one-to-four-family loans in the process of foreclosure are the nation's largest institutions, and many have large concentrations of mortgages on their balance sheets. Some of the institutions reporting large balances of mortgages in the process of foreclosure not only focus on the mortgage business, but their operations are focused in states with slow foreclosure processes, such as Paramus, N.J.-based Hudson City Bancorp Inc., and Jacksonville, Fla.-based EverBank Financial Corp.

The amount of one-to-four-family loans in the process of foreclosure will probably not come onto bank balance sheets in a single quarter or even over a few quarters. The time lag in some states would prevent pending foreclosures from becoming OREO on bank balance sheets in a short time frame. And even when foreclosures are resolved, banks will look to sell the product, possibly before a given quarter's end, leaving smaller amounts of one-to-four-family loans held in OREO than the institutions report in the process of foreclosure.

Two of the top five banks in terms of OREO concentrations on their balance sheets--NBH Bank NA and Capital Bank NA--have acquired numerous failed banks and distressed institutions. And Beal Bank USA, which reported the fourth-largest concentration of OREO to assets, at 2.12% at the end of the third quarter, works to acquire distressed credits as part of its regular business strategy.

The other largest relative holders of OREO operate in markets that were badly hit by the credit crisis. For instance, Troy, Mich.-based Flagstar Bancorp Inc. tops the list with OREO accounting for 4.32% of its asset base, and five Puerto Rico-based banks also made the list the top 20 banks by OREO to assets. 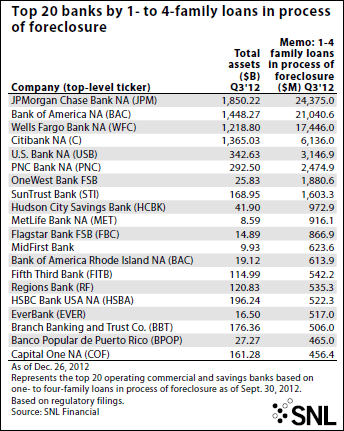 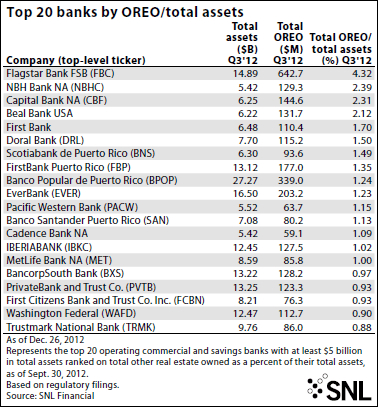