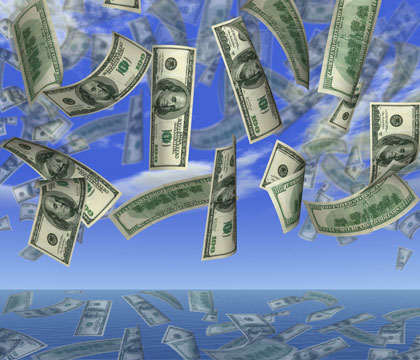 Not pennies from Heaven, but dollars from the boardroom: For an unusually large number of banks' shareholders, this is a time for a smile to be their umbrella.

The wave of special dividends crosses all industries in the U.S. Companies are accelerating payouts due to the possibility that dividend taxes may increase in 2013.

Notably, the increased dividends are limited to smaller banks that aren't subject to the Federal Reserve's stress tests under the regulator's Comprehensive Capital Analysis and Review. Banks subject to the CCAR need the Fed's permission to disburse capital to shareholders. 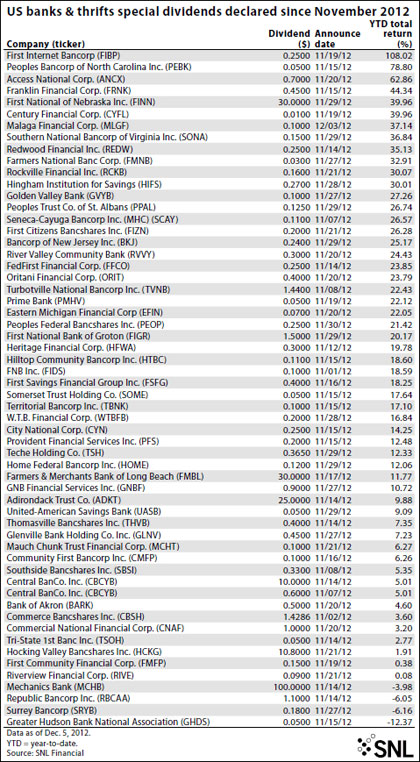 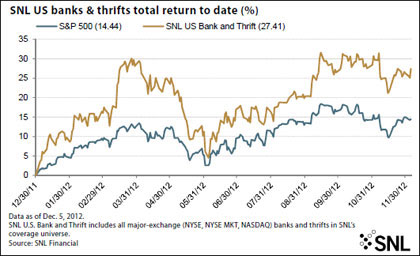