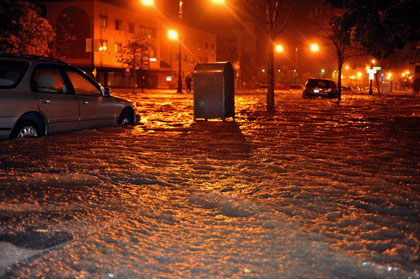 Stress often reveals a person's true nature, and how companies and individuals react in a crisis reflect their core values. As the nation continues to experience the after effects of Hurricane Sandy and works toward recovery, many banks showed strong values when they stepped up to the plate to show their support and understanding to customers impacted by the storm.

Although situations like Hurricane Sandy are rare, banks should have a pre-determined plan of action in place to quickly react to the catastrophic effects of a natural disaster. In these situations, banks can demonstrate their commitment to the customer by proactively showing genuine compassion and taking steps to lessen the financial impact of situations beyond the customer's control.

Banking with a heart: Show compassion

In a crisis, customers impacted by the event appreciate added support and consideration. In response to Hurricane Sandy destroying many parts of the Northeast and Mid-Atlantic regions, institutions such as JPMorgan Chase, Wells Fargo, PNC, Citigroup, and many more released statements showing their support for those affected by the storm and committing to relief efforts.

While putting out a statement of support for customers may seem trivial, remaining silent in a crisis situation is perceived as negative in the eyes of customers and can impact their future business with the bank.

Less than 24 hours after the storm hit, Ryan McInerney, chief executive officer of Chase Consumer Banking, sent out a letter to convey his thoughts and well-wishes to the bank's Northeast and Mid-Atlantic customers. This simple gesture brings a human touch to a difficult situation and shows the bank's support and understanding for its customers.

Banks should do more than say the right words, though. Actions speak the loudest in consumers' ears, and small steps taken to lessen the impact of financial hits resulting from conditions beyond the customer's control are critical.

Providing assistance to customers in need can come in a variety of forms, ranging from providing phone numbers and links for help with emergency banking needs to setting up specific programs and services tailored to those affected by the disaster.

Just as the nation's biggest banks released statements to show their support for customers following Hurricane Sandy, these same institutions and others chose to waive a variety of fees and penalties those affected by the storm may incur due to their inability to access accounts.

Having experienced the storm's devastation firsthand, New Jersey-based Sun National Bank, $3.1 billion-assets, not only waived its overdraft and late fees, but also developed a special loan program to assist those affected by the storm with the recovery process.

In addition, smaller community banks impacted by the storm made adjustments to their usual business processes in an effort to help those in need. (See the addendum from a Maryland banker, below.)

With nearly 1.8 million homes and businesses without power in the days after the storm, making bill payments on time would be next to impossible for many customers. The compassion and understanding many institutions displayed following Hurricane Sandy serves as a positive example of what others should model their efforts after should their customers experience a crisis. 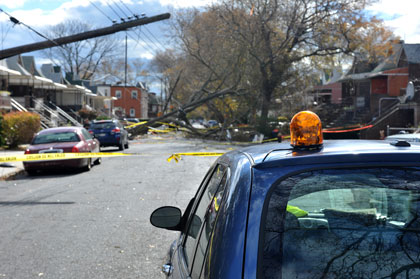 In situations like Hurricane Sandy, customers, as well as the bank itself, may be without power for days. While phone lines and Internet access may be limited, today's growing use of social media via mobile device can play a key role in keeping the communication lines open. Tweets, Facebook status updates, and messages via the bank's mobile app are all viable means for communicating with customers and should be used to ensure messages reach as many customers as possible.

The key to successfully helping those in need is to be as accessible as possible, keeping in mind that multiple communication channels should be utilized to ensure those affected are able to receive the information and respond. In all actuality, banks should over-communicate in crisis situations to not only show they are available to help customers, but also outline exactly what they are doing to assist them.

All in all, the key to maintaining a positive customer experience during difficult circumstances is to be prepared. In the end, choosing to proactively respond during a crisis not only solidifies the relationships banks have with their existing customers, but also can boost the institution's reputation with the public 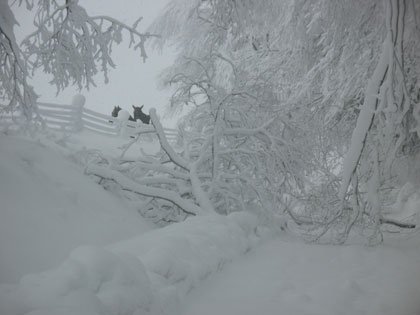 How did your bank fare in Hurricane Sandy? Tell us about it in the comment boxes below. Here's what we heard from William Grant, chairman and CEO, First United Bank & Trust, Oakland, Md. In Grant's area, Sandy added yet more snow to an already heavy pre-winter season.

"I have a story-or perhaps it is bragging. During the storm (I have attached some pictures to give you an idea of what we had here in Garrett County), we had some of our trust associates actually go out into the storm to check on the welfare of customers.  In one instance, the trust officer, and her poor unfortunate husband, waded through three feet of snow for quite a distance to check on her customers. These associates are a humble group, in that I did not know anything about this effort until another visited trust customer stood up during our church service this past Sunday and expressed how grateful he (age 89) and his wife (age 88) appreciated the "house call" from their First United banker, who was calling on them to be sure they were alright. I would bet that this type of thing happened with  hundreds of community bankers, interested in taking care of their communities and their customers." 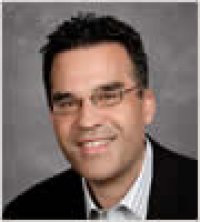 Steven J. Ramirez is chief executive officer of San Francisco-based Beyond the Arc Inc., a customer experience and advanced analytics firm that helps financial services clients differentiate themselves in the marketplace. The agency has been recognized as one of the Top 100 Most Promising Big Data Solution Providers by CIO Review magazine. Ramirez can be reached at [email protected] Beyond the Arc can be followed on Twitter at @BeyondTheArc