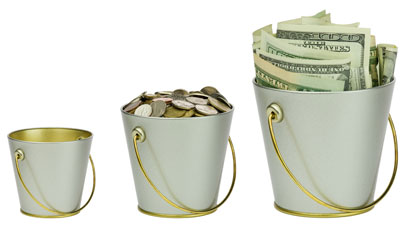 Community banks grew lending in the third quarter, but results were curbed by customer anxiety over the presidential election and pending federal fiscal cliff, discouraging some analysts who say the industry needs growth to offset the negative impact of a prolonged low interest rate environment.

Banks under $10 billion in assets made gains from the previous quarter in every region of the country except the Southeast, with the biggest advances in the Mid-Atlantic and in New England, according to an SNL Financial analysis. But overall, these banks grew loans a mere 0.55% during the third quarter, as commercial-and-industrial demand, a source of strength in previous quarters, tapered off.

Uncertainty taps on the brake pedal

Many bankers reported that, as the quarter wore on, demand for new loans and credit line usage eased, as commercial clients reported that they were leery of taking on new debt or making investments. They wanted to see who will be the next President and how that person will find a way to work with Congress to resolve the country's festering fiscal problems.

The "political situation, the fiscal cliff, all of that I think enters into that uncertainty and just kind of this wait-and-see attitude," Jonathan Lorenz, president and CEO of Denver-based CoBiz Financial Inc.'s CoBiz Bank, told analysts during a call after the company posted third-quarter results. "So what I think it will take is the political situation getting settled one way or the other, at least some certainty there, and ongoing improvement in the economy."

Last Tuesday, with the national elections, at least one element of that was settled. The so-called fiscal cliff refers to potential blows to the economy that could take effect at the end of the year if Washington fails to address pending spending cuts that were put in place for next year to end a previous standoff over the country's debt ceiling. The sharp cuts could hack deeply into economic growth. Tax cuts passed in the President George W. Bush era that are scheduled to expire at the end of the year would add the double whammy of higher taxes for many Americans next year.

Against that backdrop, bankers across the country bemoaned that clients have been effectively putting all major decisions on hold after a few months of modestly greater loan demand.

"It was pretty frequent to hear that during third-quarter earnings calls," Tony Davis, an analyst at Stifel Nicolaus & Co., told SNL. "These businesses are simply not confident enough, or not sure enough, to proceed with capital expenditure projects."

"I think it is pretty obvious that people were holding off some until after the election and until after these fiscal issues are dealt with," Davis said.

Half the country won't be happy with how the election turned out, but "bankers will at least be able to see which path we are headed down after the election, and that provides enough certainty to start making some decisions," said James Bradshaw, an analyst at Bridge City Capital LLC, said.

Stifel's Davis said Washington lawmakers tend to tackle tough issues only when they absolutely have to--and at the last minute. He thinks that will again prove the case with the fiscal cliff, but only to the degree that lawmakers must deal with the matter.

Davis thinks a temporary solution will be reached to provide clarity for the year ahead--this is what many businesses are essentially waiting for at a minimum--but the goal of establishing more permanent policy will "get kicked down the road."

Banks running out of strategies

In the current low-growth and low-rate environment, with loans difficult to grow consistently and the interest income generated on new loans paltry compared to past, higher-rate periods, banks' net interest margins have been squeezed. They have been left to bolster their bottom lines by cutting costs.

But many community banks have done all the basic cutting they can feasibly manage; as such, Davis said more strong banks will look to buy out smaller competitors to juice growth and to pull out cost saves where the targets overlap with the buyers' footprints.

"It inevitably has to happen," said Davis.

Other banks, Bradshaw said, will look beyond the first and second rounds of cutting they have already done and examine whether they should substantially shrink their branch networks to completely revamp their cost structures.

"The malaise on the margin front just makes it tough," Bradshaw said. "It's really getting to be enough of a pressing issue that I think folks are going to have to take even harder looks at their costs structures--at cutting branches or scaling back the size of branches. It just gets hard to justify having all these branches to gather deposits when you are struggling to invest those deposits in loans at rates that make sense.

"So they may have to go beyond the easy fixes and really start to make some painful decisions," Bradshaw added, "because for many the revenue side is demoralized at this point."

Meanwhile, the anemic loan growth in the third quarter did not vary much by banks' size. Neither small, medium-sized nor larger community banks exceeded 1% growth on average in the quarter.

Mixed picture for many lenders

During a conference call to discuss third-quarter results, First Midwest Bancorp Inc., Itasca, Ill., reported that there were enough commercial clients with expansion plans already under way to drive overall growth. But the bank added that this was muted to a degree by others "talking about conservatism and hesitation." This leaves the bank, like many of its peers, dealing with "a little bit of a mix" on the loan demand front, said COO Mark Sander.

But "there's no question that there's hesitation out there," Sander added, due to "the election, the fiscal cliff and everything that we're all worried about."