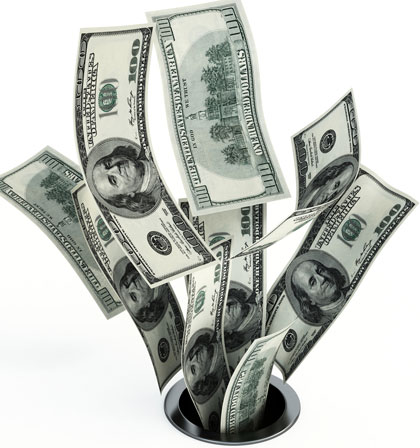 Over the last decade, noninterest income remained relatively range-bound for the nation's commercial banks, ranging in aggregate from 33% to 41% of operating revenue for those institutions with more than $10 billion in assets. For banks with less than $10 billion, the aggregate range was 22% to 25% of operating revenue. However, the significance of service charges on deposits has waned for the industry, with banks of all sizes generally relying less on such service charges than they have in the past. 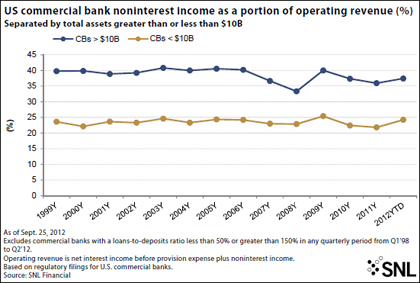 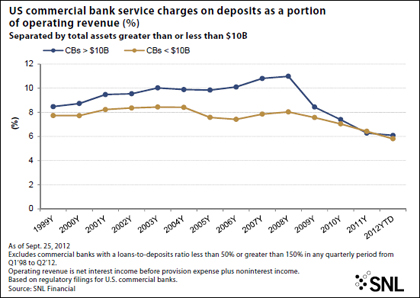 
An uneven "return to normalcy"
Service charges were undoubtedly impacted after changes to Regulation E became effective in mid-2010, precluding banks from charging overdraft fees on ATM transactions and one-time debit card transactions if a customer did not "opt in" for the overdraft service.

Yet while service charges may be down significantly from their peaks in 2009, in nominal terms, they are more in line with the amount of service charges earned across the industry 10 years ago.

However, this return to "normalcy" has not been evenly applied across the banking spectrum. 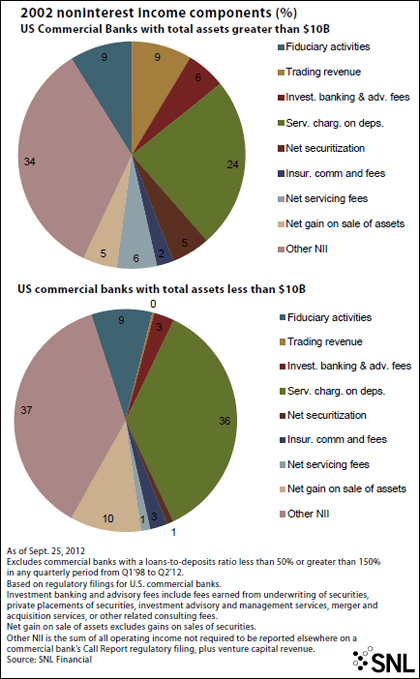 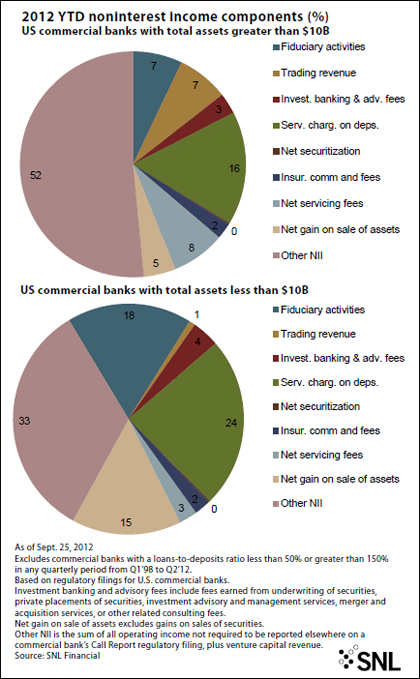 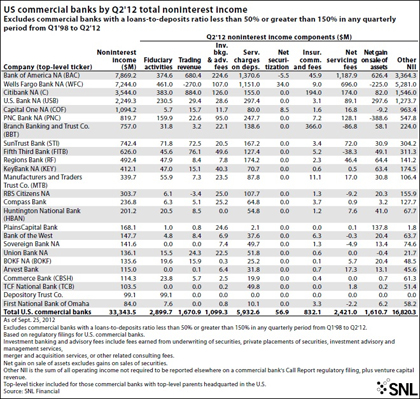 
A note from SNL: In an effort to look at those commercial banks engaged in mostly "traditional" banking, SNL included only those banks that maintained a loan-to-deposit ratio of between 50% and 150% for all quarters between the first quarter of 1998 and the second quarter of 2012.


[This article was posted on October 11, 2012, on the website of Banking Exchange, www.bankingexchange.com, and is copyright 2012 by the American Bankers Association.]