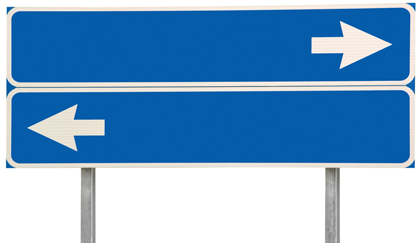 Regulators may ask banks to "shock" their portfolios for rising rates, but today the worry concerns rates that won't move.

"If you do not change direction, you may end up where you are heading."

As we all know, interest rates have been at historically low levels for the past several years. Naturally, many bankers are concerned about the specter of rising interest rates. However, the real risk to their business is actually a prolonged version of the current rate environment. The assumption that rates are just going to "magically" rise because "they have to" has been replaced with the reality that the Federal Reserve has telegraphed that rates will remain here for the foreseeable future.

• The Federal Open Market Committee has committed to keeping the Fed funds rate anchored at 0-25 basis points through mid-2015.

• Fragility of the housing markets.

As sobering as these issues are to the economy, imagine the impact on the US deficit if interest rates were to rise by just 100 basis points.

Suffice to say, it looks like all signs point to a rate environment which closely parallels the one we are operating with today. Accordingly, with budgeting season lurking around the corner for most community bankers, it would be wise to contemplate the likely impact of this "sideways" interest rates to take advantage of this environment.

Facing up to sideways rates

The following outlines what the near future looks like for many financial institutions across the country.

1. Net Interest Income will decline when compared to 2012.

This is a critical issue within the industry as NII comprises approximately 70%-90% of bottom line earnings. A reduction of five percentage points has a material impact on the bottom line of most community banking organizations.

2. The investment market will remain dreary.

If you can find an investment with a yield large enough to cover your net overhead/asset ratio, understand you are likely taking an inordinate amount of credit/interest rate risk.

In addition, Basel III, as proposed, may require banks to reduce their capital ratios by the amount of unrealized losses within their investment portfolio. Imagine the price depreciation on securities purchased in this environment if rates were to actually increase by 300-400 basis points!

3. Banks will continue to be flush with liquidity.

No matter how low rates are, deposit balances will remain consistent, or even grow in some cases. The consumer remains hesitant to place dollars into riskier alternatives. The premium that the industry is paying for liquidity today is punishing earnings and capital levels, especially given that loan demand remains muted.

See points #2 & #3 for simple answer to why the philosophy of "pricing for risk" has been thrown out the window. Although it's obvious that the best credits can "name their price" on a deal, credits with some "fuzz" on them are getting spreads tighter than those offered pre-2006-7.

No matter how tight margins are becoming, credit should not be comprised.

5. Deposit costs will go to zero.

While many financial institutions have already slashed deposit rates (NOWs at 1 basis point, savings at 5 basis points-10 basis points, money market deposit accounts at 25 basis points), expect all of the remaining meat to be trimmed from the bone in the years ahead. The industry can no longer afford to subsidize its customers. In many markets it's a game of liar's poker, as banks are waiting for their neighbor to make the first move.

6. Get prepared, fees are upon us!

While many in the industry thanked Bank of America for being the first out onto the fee dance floor early in 2012 (and stepping onto the subsequent public relations landmine), others must have privately questioned how they would handle the conversation with a customer regarding fees.

If there are no viable alternatives for investing excess liquidity, and deposit rates are on the floor, at zero, strong consideration must be given to assessing fees for "safekeeping" deposits, and offering a return of investment versus a return on investment.

7. Growth will not be the antidote. (And where would you find it?)

It's particularly difficult to depend on growth with current levels of unemployment, a lackluster housing market, and the general economic malaise that persists in many marketplaces. For the most part, most institutions are engaged in loan "pirating"--stealing credits from competitors.

The lack of meaningful organic loan growth will not allow banks to grow through their challenges as was the case in some prior recoveries.

8. The regulatory environment will continue to increase the "cost of doing business."

The focus "below the margin line" will sharpen for many community bankers. It would be wise to take a harder look at branch profitability, staffing levels, and figuring out where there is "fat to trim."

10. The pace of mergers and acquisitions will accelerate.

M&A activity should have been torrid at this stage in the cycle, but like many disgruntled home sellers who think their house is still worth its 2006 appraised value, many bankers are looking for multiples which don't reflect their true value.

However, perpetual margin pressures, increased costs, and continued credit deterioration have made "book" sound like a fair price to many. The number of banks will contract over the next several years.

Too many banks are worried about their preparedness for rising rates and are foregoing opportunities in the current environment.

In fact, it's the current interest rate environment that is presenting challenges for balance sheet managers.

So with the budgeting season approaching, it is important to understand the challenges that you face and take action which ensures that you'll be profitable and positioned for success when rates actually do increase.

“The lack of meaningful organic loan growth will not allow banks to grow through their challenges, as was the case in some prior recoveries”

—Vincent Clevenger, Darling Consulting
About the author
Vincent Clevenger is a senior consultant at Darling Consulting Group. In this position, he currently advises financial institutions on balance sheet management strategies. He takes a practical approach to the demands that the economic and regulatory environment place on his clients. Since joining the firm in 2003, he has worked in a number of capacities within DCG assisting clients in all aspects of ALM including process reviews, model validations, policy reviews, capital management and contingency liquidity planning. He also serves as the product manager for DCG’s capital planning and stress testing products.