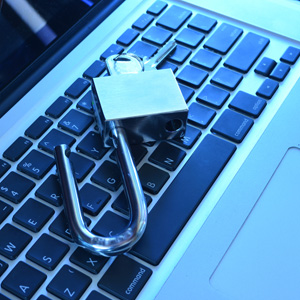 A prime example involves Peregrine Financial Group, the commodity brokerage based in Cedar Falls, Iowa, that was recently in the news. For 20 years, the company operated under the radar, papering over what turned out to be $215 million in stolen customers' money. Its CEO, Russell Wasendorf, was arrested and charged with making false statements to regulators. It didn't help that the man tried to kill himself just before it was revealed that he had had his auditor-a lone CPA who operated out of a private Chicago home-doctor the information provided by his bank.

What turned the corner on the case, after so long a time, was the requirement by the regulator in this area-the National Futures Association-as well as the Commodity Futures Trading Commission, that Peregrine use the online company Confirmation.com. Within 24 hours of that mandate, the fraud was exposed.

"This event, while tragic for its victims, is a tremendous validation of our service and an indictment on the outdated paper confirmation process," says Chris Schellhorn, CEO of Confirmation.com. The company is endorsed by ABA's Corporation for American Banking and is the preferred provider of electronic confirmations for the American Institute of Certified Public Accountants.

In an interview with Banking Exchange Tech Topics, Schellhorn describes the main ways fraud is perpetrated through confirmations. In one way, the fraudster gets someone at the bank to intentionally respond to auditor requests with false confirmation information. In the other-and how it occurred with Peregrine-the fraudster controls the location where the confirmations are sent, making it look like the bank responded.

"Most of the banks that use our service centralize their confirmation unit," Schellhorn says. "In a sense, the bank and the auditor share the same client, and it's possible there could be a vested interest somewhere along the line. The bank may not want the confirmation request go to the branch manager or the relationship manager or the trust officer [who also deals with the commercial client]."

In addition to fraud protection, the online system improves efficiency. The paper-based system "is not only inefficient, but the error rate can be upwards of 40%," Schellhorn says.

By being online, multiple re-entering of data and repeated log-ins are avoided, while performance reports can be compiled relatively quickly. Management, Schellhorn says, "can look at their clerks and see who's doing what, how efficient are they being, how many errors they have." Internal routing can be done almost immediately, instead of relying on interoffice envelopes, he adds.

The company's service requires no hardware or software, only an internet connection. Training tutorials are provided, though usually bank personnel are up and running within ten to 15 minutes, Schellhorn says. Also, Confirmation.com charges only the auditors, not the financial institutions that sign on.

Schellhorn reports increasing interest in the service by banks of all sizes, and says he's not surprised.

"From a control perspective, it makes all the sense in the world. [Community] banks are every bit as prone to fraud and inefficiency as the big banks," he says.