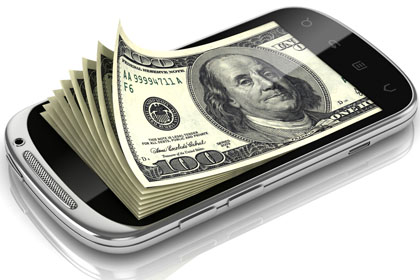 Mobile banking today is where online banking was about ten years ago, but its development is accelerating rapidly. Following a lukewarm start with software vendors three years ago, BBVA Compass bit the bullet and brought its mobile banking entirely in-house. Now it's rolled out updated apps for Android, iPhone, iPad, and Blackberry and has plans to steadily increase functionality. The bank estimates that 20% of its customers use its mobile apps.

In this first of two parts, Tech Topics talked with Alex Carriles, executive vice-president of Mobile Strategy and Retail Innovation at BBVA Compass.

Tech Topics: When did you first enter the mobile channel?

Alex Carriles: We started mobile banking in BBVA Compass back in 2009. We started like most banks with a simple text message where you'd text the word "balance" to get your balance. If you tried to do anything beyond that, it was not for the faint of heart...For example, for a transfer, you'd hit XXR space, name, the money you want to transfer, and the other account number. You would be likely to end up transferring $211,234, which really was your account number.

We eventually went to an iPhone app. For us, we knew it was only the beginning, that iPhone 1.0 application...This year we are rolling out our 2.0 apps, the second generation. It's not a little revamped, it's a radical change from what our old apps were, but it's where the market is right now. We're focusing not only on the fact that we're adding functionality but we are really changing the experience. We want customers to enjoy their mobile banking.

TT: Do you get a lot of customer feedback?

Carriles: We do, particularly with the app ratings. We were reading that customers were having trouble with our first generation because of the lack of functionality. The functionality has to be tied to back-office services, so it's not only doing the front-end applications. They need to be connected to some available process behind the scenes.

We realized early on that this was a market that was going to be moving extremely fast. We needed to be prepared. In our case we realized how hard it had been to launch our 1.0 apps with some of the vendor relationships we had. So we decided to bite the bullet and bring everything in house.

TT: That took a lot of courage.

Carriles: Yes. It had its costs. For example, throughout 2011 we didn't add any changes to our existing apps because we were building all of the infrastructure to support our second generation. Once we had that second generation, we just started creating those apps and adding functionality like there was no tomorrow. This year in the first six months we already launched the upgraded iPhone app, as well as the iPad and the Android app. We added bill payment that we didn't have before, and transaction images, such as cash flow in a time-graphic pie chart.

We added something that was a first with us, and we are extremely proud of it-we're the first bank to allow stand-alone enrollment. For the majority of banks you have to be an online banking user in order to sign up for mobile banking. A traditional banker might not see anything wrong with that. When you see it from our side of the industry, as a technologist, you really wonder why they are requesting that. To put it in banker's terms, it's almost like asking the customer to go to a teller to get a ticket to use the ATM...We felt there had to be a good chunk of users that wanted to become mobile customers but who were not online banking users.