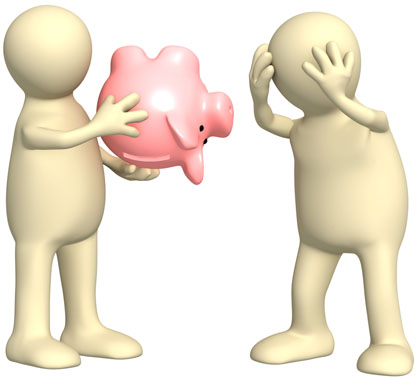 Many Americans find their piggy banks empty when they need the money the most.
Nearly half of the country—49%--doesn’t have sufficient money tucked away to cover three months of household expenses, according to Bankrate.com’s survey. This is up from 46% last year.

Even worse, 28% of the country lacks any emergency savings at all, up from 24% of Americans surveyed on this last year.

Bankrate.com, known for its rate boards, personal finance coverage, and more, also reported in late June that only one out of four Americans has put by enough savings to cover six months of expenses, which is the safety factor recommended by many consumer financial advisors as protection against unemployment, major medical disasters, or other financial problems.

In 2006 things were worse, with 61% lacking three months of emergency savings.

However, in a statement, Greg McBride, senior financial analyst for the website, said that:

“While we’ve seen some improvement since then, the bottom line is that much more progress is needed. Having sufficient emergency savings is critical to avoiding high-cost credit card debt when unexpected expenses arise.”

Laura Fisher, executive director of the ABA Education Foundation, which runs financial literacy and savings programs, isn’t surprised by the findings. They are in line, she says, with findings by the Consumer Federation of America and other organizations. She said many Americans find the concept of accumulating a six-month cushion against adversity daunting. For many families in this economy, a six-month fund can be very difficult to amass in the face of current expenses.

As a counter-recommendation, Fisher says, ABA’s foundation suggests beginning a family or personal savings program with a target of $1,000 to $1,500. That amount covers many of the kinds of unexpected expenses that face a family.

“Savings of $1,000 for emergencies is a steppingstone,” says Fisher.

ABA economist Keith Leggett, who tracks savings issues, says the Bankrate.com data reflects a disparity in the U.S. economy currently. Overall, the nation’s saving rate is up, he points out.  “But most people don’t have adequate savings,” Leggett continues. He says the number of people hit hard, in some way, by the Great Recession is significant, and savings accumulation is a challenge for them.

Fisher notes that some people complain about the low rates available in regular savings accounts, and the fact that this is seen as a discouragement to youth savings, in the current environment. However, she says, earnings are not the main point of a savings accounts. “It’s not meant as an income account,” says Fisher. “It’s a safety net.”

In the absence of having significant savings buffers, Americans need to tap other sources of emergency funds. “Despite what people say about payday lenders, they do serve a role,” says Leggett. Also helpful in these times are some banking products that have been the subject of ongoing criticism—notably overdraft checking and newer options such as direct deposit advance programs.

Meanwhile, up north, in Willimantic, Conn., Rheo Brouillard, president and CEO of Savings Institute Bank and Trust, observes: “We’ve known for a long time that people have not done a good job  of protecting themselves for a rainy day. These statistics are eye-opening, but not all that surprising, from what we see and hear every day.”