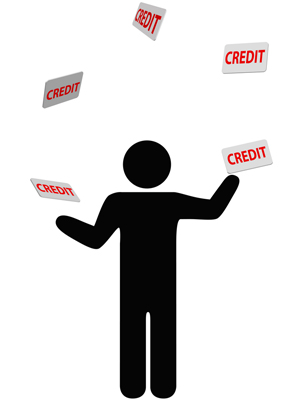 As a group, Americans tend to love their cars, but most, given their druthers, wouldn’t want to live in their cars.

But new analyses by TransUnion indicate that, put to it by a financial squeeze, American consumers will put their car payments ahead of both their credit card payments and their mortgage payments.

This finding is based on an update the company ran on its ongoing Payment Hierarchy study, which had already underscored that nowadays consumers were putting their credit card payments ahead of their home payment.

TransUnion analyzed approximately 4 million consumers’ behavior over the four quarters of 2011, where they had at least one open car loan, an open bank card, and an open mortgage. The study used delinquency on one loan category, while being current on the other two, as the basis of its finding.
Using that method, the study found that:

• 9.5% were delinquent on their car loan while current on cards and home loans.

• 17.3% were delinquent on a credit card while current on home and auto loans.

• 39.1% were delinquent on the home loan, but current on their car loan and credit cards.

The study found that this pattern remained consistent from region to region, though there were variations due to local factors.

“In other words, the auto loan is seldom the first choice when a consumer has to decide which payment to miss,” said Ezra Becker, vice-president of research and consulting for the company’s financial services business unit.
What’s “driving” the change?
“It had not been previously clear that auto loans were considered a higher priority by consumers than both credit cards and mortgages,” says Becker.

What lies behind this apparent attitude? Becker theorizes that the cause is unemployment--feared and actual--and the need to find a new job.

U.S. unemployment remains “stubbornly high,” Becker said in a recent interview. Many Americans need their cars to get to work or to get to job interviews.

But there is another factor at work, he suspects.

Before the crisis and the CARD Act, for many Americans credit cards were plentiful and this made them low item on the payment hierarchy. Earlier TransUnion findings have indicated that as availability of cards decreased, and worries about their liquidity rose in the face of a bad economy, consumers began to strive to keep card accounts current--lest they lose them. This most recent refinement of the company’s database indicates that the shift began ever earlier than thought--going back to the first quarter of 2008.

While Americans like their cars, in two-car households the attitude might have been lax towards auto credit, suggested Becker. Homes, however, were seen as a safe haven, a store of wealth, and the place you sweated bullets to put a hefty downpayment on.

But then consumers went through the worst financial period most had seen in their lives. Ripples continue.

On the other hand, says Becker, today’s used-car market has grown very strong, which has meant that cars tend to hold their value longer and that there is actually some equity that they want to conserve.

Whereas folks used to joke about cars losing thousands in value as soon as they were driven off the lot, now there’s money tied up in consumers’ wheels.

That means something, Becker believes, “when you can’t buy groceries with your home anymore.”

“The preference for paying auto loans was more pronounced in states like Florida and Michigan, which have seen severe drops in house prices and may have strong consumer affinities for autos,” said Becker, “and less pronounced in states like Texas, where house prices have declined less.”
Will normality resume?
The traditional payment hierarchy of card, auto, and home protected above all might have been carved in stone, so solid was it. Will lenders see that pattern again?

TransUnion analysts noted that the new trends result from the decline in home prices and continuing high unemployment, so that a return to “normality” seems questionable at this time.

“It appears that the shift back to prioritizing mortgage payments ahead of credit cards--or auto loans--may only occur once the housing market has stabilized and begins its recovery and the unemployment situation shows significant improvement,” said Matt Komos, a co-author of the study and a consultant in the firm’s analytics and decisioning services business unit. “Until that time, based on the last four years of data, it would seem that the current payment patterns will remain status quo.”

Becker, in the interview, suggests that lenders have a lasting lesson in the latest data. The results of the study make it clear that there have been fundamental changes in how consumers evaluate their various debt obligations, he said. This indicates that, rather than being cut in stone, as noted earlier, consume payment preferences are, in Becker’s words, “dynamic.”

“It’s a sea change,” added Becker, “in that it didn’t happen overnight--but it did happen across the board.”

Will we see “normality” again? This study holds no indication, said Becker, but other analyses he’s been involved with say yes.