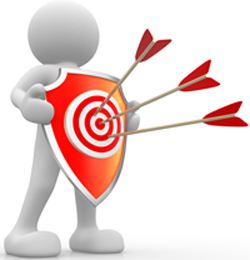 Editor’s Note: ABA recently released the results of the 2011 ABA Bank Compliance Officers Survey, conducted by the ABA Center for Regulatory Compliance. This is the third in a series looking at report findings, with commentary from industry experts. Over 900 compliance officers from a full range of bank sizes responded to ABA’s survey. An ABA member link to the survey report is provided at the end of this article.

For decades, banking leaders have complained about the costs of compliance. Bank marketers have cursed Compliance (and the bank’s lawyers) as the “innovation prevention department.”

The compliance fraternity’s riposte has long been that the discipline was not a cost center, but a cost-prevention center.

The concept: The costs of a well-staffed, well-equipped compliance function represent a drop in the bucket compared to the costs of a major compliance gaffe, a significant error in a lending program, a major fair-lending violation or lawsuit, or a bad compliance exam rating. Beyond the monetary costs, the risks of reputation damage are huge, especially in an age when rumors and reports travel at the speed of Twitter.

The logic of the point certainly can be seen.

“You spend a heck of a lot more money remediating errors than getting it right in the first place,” says John Soffronoff, president at ICS Risk Advisors, and a former federal regulator.

The question is, how well do compliance officers themselves feel the concept matches the performance? The 2011 ABA Bank Compliance Officers Survey probed this, looking at both money costs and reputational costs.
When and where compliance errors could hit you in the wallet
ABA asked compliance officers if they could specifically point to some way in which Compliance had helped the bank save money by avoiding an action or a product that would have become a costly problem.

Digging deeper, the survey probed what areas of compliance had been involved--where money had been saved--among those answering “yes.” Compliance officers could give multiple answers:

In the association’s 2009 survey, the previous edition, BSA and related laws came in first by a wide margin, with “Lending, for reasons other than equal credit opportunity,” coming second, reflecting shifting compliance priorities.

Opinions varied, among compliance experts asked about the significance of the numbers. Several commented on the fact that, overall, less than half of the compliance officers could point to savings.

Tim Burniston, vice-president and senior director, risk and compliance consulting practice at Wolters Kluwer Financial Services, suggested that in some cases Compliance has been helping the bank avoid fines and other costs of compliance errors for so long that those officers somewhat take themselves for granted. He suggested that they might be thinking, “I don’t have to point out something specific here, I’ve been keeping the bank out of trouble all these years.”

Mitch Lucas, vice-president, product management and legal compliance, at Harland Financial Solutions, a former bank inside counsel, advised compliance officers to be more proactive in pointing out their aid to their institution.

“If compliance people don’t collect and monitor that kind of data, they will be seen as a cost center,” says Lucas. “They have to be their own cheerleaders.”

Being short on resources may be the issue, suggested Linnea Solem, director of data privacy and business risk management at Deluxe Corp. Compliance officers who are scrambling simply to keep up with their jobs don’t have the luxury of spending time and resources tracking and proving their worth.
Gray but real: Costs of reputation damage
It’s doubtful that Shakespeare envisioned bank compliance, and he didn’t treat money lenders very well in The Merchant of Venice. But he well understood reputation risk. As Iago, an evil character from Othello, stated:

“Who steals my purse steals trash; 'tis something, nothing;
'Twas mine, 'tis his, and has been slave to thousands;
But he that filches from me my good name
Robs me of that which not enriches him,
And makes me poor indeed.”

While monetary loss to a bank can’t be so easily dismissed as losing a purse, a bank’s good name is priceless. The survey dug into this type of loss, and loss prevention.

To the good, the survey found that among the sample, which included banks of all sizes, those suffering reputational damage in the last three years was small--only 8% of the total sample reported this. (Specifically, compliance officers were asked if they had received “adverse press or suffered other public reputation injury in connection with a compliance-related matter.”)

Soffronoff isn’t surprised at the numbers. He adds, however, that “the press is becoming more aware of compliance issues and the availability of information from regulatory websites. So now the local press is carrying information on all matters of regulatory enforcement, including compliance.”

Where banks have been burned, the tendency has been to add resources to the compliance area affected, respondents reported. Many, though not all, banks reporting reputational damage said resources had been bolstered--71% sample-wide.

Regarding preventative efforts, the survey asked the compliance officers if they could point to a specific instance where Compliance enabled their institution “to avoid an action or product that would have given the bank a bad public image.”

Those bankers who answered “yes” were asked what areas of compliance caused reputation damage. The top three, sample-wide, were: lending regulations (other than equal credit opportunity), 60.9%; deposit product regulations, 44.2%; and BSA and anti-money-laundering and sanctions rules, 40%.

In some cases, reputational damage and monetary damage both followed errors. Of those institutions reporting reputational issues, 21% said that consumer reimbursement had been necessary. This was typically more frequent the larger the banks were, with 33% of those $20 billion or more having to reimburse customers.

• What are the trends in bank compliance compensation?

• Where banks are outsourcing compliance—and where are they taking it back inside?

• How is compliance function structure evolving?

• How secure do compliance officers feel in their jobs?

The ABA Bank Compliance Officers Survey is a project of the ABA Center for Regulatory Compliance. Members of ABA can download the entire survey report here.