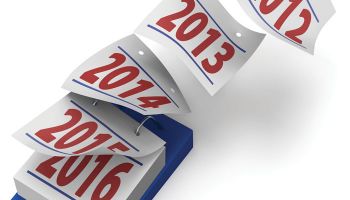 When the Rolling Stones perform “Time Is on My Side,” it sounds like wishful thinking given the aging sound and movements of its near-septuagenarian singers. These days, I don’t know whether to applaud or offer Mick Jagger a breathing mask as he struggles with the high notes. Yet, the Rolling Stones classic would have been an apt soundtrack to the U.S. Securities and Exchange Commission’s oral arguments before the Supreme Court in Gabelli v. SEC.

Section 2462 is the general statute of limitations applicable to any action for a civil penalty or fine brought by the United States. The statute states “[e]xcept as otherwise provided by Act of Congress,” action must be “commenced within five years from the date when the claim first accrued[.]” At least 80 statutory provisions that provide for civil fines do not incorporate a different statute of limitations. At least 15 of these statutory provisions, in ten different titles of the U.S. Code, affect banks.

In 2008, the SEC filed an enforcement action alleging a portfolio manager and the chief operating officer of Gabelli Funds violated the “Investment Advisors Act.” The defendants argued that the SEC claims—which spanned from 1999 to 2002—were barred by Section 2462 because the alleged misconduct occurred, and therefore accrued, more than five years before the SEC’s complaint. The SEC claimed the complaint was timely because it did not discover the fraud until September 2003, and the “discovery rule” prevents fraud-based claims from accruing until the government discovers the alleged misconduct. The district court disagreed with the SEC, holding that the statute of limitations had expired because the plain language of the statute does not provide for a discovery rule. The Second Circuit ignored a majority of the circuits and reversed the decision, concluding the limitations period did not start until after the SEC discovered the fraud.

If the Supreme Court sides with the SEC, the certainty provided by statutes of limitations could be threatened. Requiring government agencies to file timely complaints ensures that potential defendants will not face an indefinite threat of government lawsuits from agencies that already enjoy broad investigatory powers. Predictability is especially important to banks because they operate in a highly regulated industry, and are often required to produce discovery during investigations governed by Section 2462. In some cases, the retention requirements for certain records may lapse before a government claim is filed, or banks may have to fight D&O carriers about whether certain “expired” allegations are covered. Let’s hope that time is not on the SEC’s side.

By Thomas Pinder, Thomas Pinder is vice-president, litigation, for the American Bankers Association. You can reach him at  [email protected]/old/