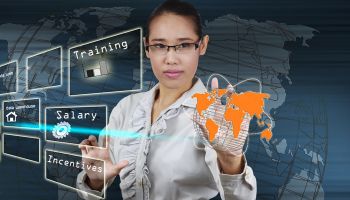 While financial institutions’ immediate human resource priorities have fluctuated somewhat in recent years, the underlying issues that drive the HR function have remained generally consistent. That is one of the conclusions that can be drawn from the most recent Crowe Horwath LLP Financial Institutions Compensation and Benefits Survey, an annual study of compensation practices in financial institutions across the United States.

This article, sixth in a series reporting on the 2013 survey, highlights top human resource concerns and priorities as ranked by survey respondents. In addition to comparing 2013 rankings with those in earlier years, we’ll also examine how well organizations’ stated HR priorities are aligned with their actual HR practices and how banks can measure the financial benefits of more effective human resource strategies.

Exhibit 1 shows the relative rankings of various human resource concerns, as ranked by the survey respondents over the past seven years. In most of those years, the highest-stated priorities involved two related issues: “Finding and hiring the right employees,” and “Retaining and motivating” these employees once they are on board. With only two exceptions, these two areas of concern have been ranked either first or second among all the concerns listed every year.

It should be noted that all six areas of concern shown here were considered important by at least 90% of all respondents in 2013—another indication of the consistent emphasis financial institutions place on having the right employees in the right positions.

Below this first tier of issues, priorities begin to vary somewhat from year to year, even though the shifts are not dramatic. For example, developing employees and motivating better performance—which encompass training, evaluation programs, and related activities—are consistently ranked in the midrange among the listed priorities.

It is also instructive to note that banks’ interest in developing managers and leaders has increased in the past two years. Again, it seems logical to presume that generally healthier financial conditions are allowing institutions to shift their attention away from cost containment to focus on growth-related priorities.

Talk versus action: Are priorities being addressed?

As noted in the first article in this series, the number of survey respondents who reported using an above-market compensation strategy jumped sharply—from 9.4% in 2012 to 12.7% in 2013—a jump that is consistent with the survey participants’ stated priorities. When it comes to addressing certain other issues, however, the survey results indicate many institutions are offering only moderate levels of action to back up their stated commitments.

For example, adequate pay and benefits are necessary to satisfy employee expectations and can serve to reinforce desired behaviors. Yet it is widely acknowledged that pay alone is not enough to motivate consistently higher performance. Both research and industry experience indicate that factors such as training, incentive programs, and other forms of recognition play an important role in retaining and motivating employees and are essential elements of an effective performance management program.

Significantly, the survey responses to this question have varied only slightly over the years, indicating there remains considerable room for improvement in a majority of financial institutions.

The same can be said of another important contributor to employee performance: employee and management training. As was the case in previous years, the 2013 survey indicates that about a quarter of all institutions (24.1%) do not offer any formal training to help managers improve their management skills (Exhibit 3).

A similar number of institutions (24.8%) offer no formal training to improve general sales skills among the employee population. Targeted customer service training is somewhat more common, but the most widely used training programs focus on compliance and operational issues. Given the priority that survey respondents say they place on motivating employees, this emphasis on technically oriented training would seem to present an important opportunity for improvement.

As financial institutions work to bring their training and personnel management practices into better alignment with their stated priorities, human resource departments will need to make a valid business case for the necessary investment these new programs will require.

In addition to summarizing the significant findings of the 2013 survey, the final article in this series will suggest some effective ways in which this case can be made.