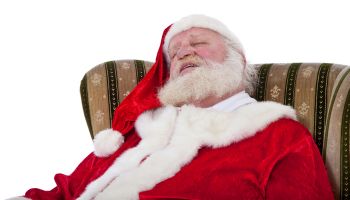 During the past holiday season consumers favored credit cards over both PIN and signature debit cards, amid a significant spike in spending growth rates in consumer categories year over year for December.

December saw dollar volume growth of 6.1%, compared to the growth rate of 4.4% seen in November, according to First Data Corp.’s SpendTrend monthly report. That was in overall consumer spending, while retail spending specifically rose 3.1% year over year.

Growth in number of transactions—versus total dollars—saw a significant upturn, rising 5.2% in December versus 4.8% in November. The retail transaction growth rate rose to 1.9%, up from 0.7% in November.

“Holiday shoppers were out in full force and did not have time to procrastinate due to the shortened holiday window,” First Data stated in its monthly summary. “The growth was supported by extended store hours, pre-Christmas and post-Christmas, and the promotional environment which lured in last-minute bargain-seeking shoppers.”

Average ticket growth—amount spent per store visit—was 0.8% in December, versus -0.3% in November. However, over the course of December totals began falling off as merchants began discounting to attract last-minute buyers and to move seasonal inventory.

The company speculated that the holiday upturn could have been still higher. However, rough weather in the Midwest and Northeast dampened some shopping. Still, all regions showed positive year-over-year growth.

First Data noted that a multi-month dip in gasoline prices also encouraged Americans to get out and hit the malls, though they were apparently cutting back in one areas: meals out.

“Food Services/Drinking Places spending growth of 4.6% marked the slowest growth in ten months as shoppers held back on eating out during their holiday shopping,” the report said.

The First Data SpendTrend monthly report, which this comes from, bases its analysis on actual point of sale same-store results, drawing on the tracking from the company’s payment network. The company computes year-over-year growth rates in spending overall and by categories of goods and services, and then compares growth rates in sequential months.

More information about the SpendTrend reports