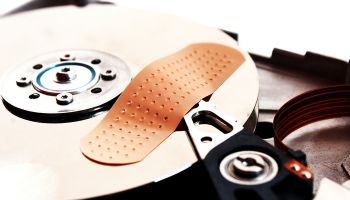 The quality of data, the complexity of compliance, and a lack of confidence in IT systems are the main concerns for companies ahead of the finalizing of a new lease accounting standard, with almost 80% of executives believing that compliance with the new standard will be difficult, according to a new Deloitte survey on the proposed standard.

The finalized lease accounting standard could be issued in 2014 with an expected effective date no sooner than 2017. The standard will require companies to recognize on their balance sheets the assets and liabilities resulting from all leases of more than 12 months in duration, based on the present value of the lease payments.

The survey indicates that many executives anticipate the new standard to have significant financial reporting effects—58% expect a significant impact on their balance sheet and 53% on disclosures. Nearly half of executives also cited an effect on financial ratios, with significant effects on debt to equity (71%) and return on assets (52%) cited by these respondents. Again, the impact on lessees appears to be more severe than on lessors, with the former group far more likely to cite these impacts.

"It's clear that lessees are increasingly forecasting difficulties complying with the new standard, though the concerns for lessors look to be easing," says Scott Hileman, director, Deloitte Transactions and Business Analytics LLP. "The lack of progress and, in some cases, regression on compliance since 2011 is partly a result of the uncertainty regarding the new standard. However, given the standard's complexity, the financial impact and the significant data challenges posed, companies should start getting their houses in order."

Some of the biggest concerns for complying with the new standard relate to the effectiveness of IT systems and the level of data quality held, according to executives surveyed. Larger companies cited greater concern on these issues than did their smaller counterparts.

Despite a decline in the number of companies looking to do so from two years ago, many companies are still looking to upgrade their IT and data systems in response to the new lease accounting standard. In 2011, one quarter of respondents expected to make a major upgrade to their IT systems, while 20% said they expected to acquire a new system. Today, those figures have fallen to just 20% and 12%, respectively.

"Large companies typically hold big, complex lease portfolios, which are going to present a significant data issue," says David Swanson, senior manager, Deloitte Transactions and Business Analytics LLP. "We are beginning to see more realism from companies on the scale of this challenge, but with roughly 40% of companies planning to employ a temporary IT solution during implementation, there remains a lot of work to do on upgrades or installing new systems for the long-term."

Other findings from the Lease Accounting Survey include:

• Full-service impact will be greater: Executives at companies where less than half the real estate portfolio consists of full-service leases were much more likely to anticipate major or significant impacts to the balance sheet, disclosures, financial ratios, and the income statement.

• Implementation timescales viewed as longer: 52% of executives believe implementation will require one year or longer, a significant rise from 33% in the 2011 survey.