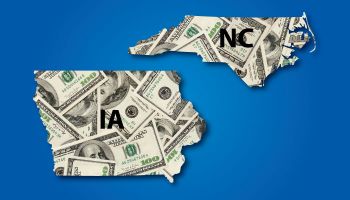 Demographic projections by ESRI suggest banks with significant footprints in certain parts of the Midwest and the South will be at an advantage.

When looking at projections for median household income growth, Iowa dominates. Among all metropolitan and micropolitan statistical areas with at least 100,000 people, just six are expected to see median income increase by 30% or more from 2013 to 2018. Of those six, three were in Iowa—Des Moines-West Des Moines, Iowa City and Cedar Rapids—and a fourth, Omaha-Council Bluffs, Neb.-Iowa, is partially in the state.

Iowa has benefitted from its well-known agricultural base. However, projections for explosive income growth likely derive from its burgeoning biosciences sector and an established advanced manufacturing industry, Tina Hoffman, communications director for the Iowa Economic Development Authority, told SNL.

The state's manufacturing industry is actually three times larger than farming, according to the authority, which also boasts that the state has the second-lowest cost of doing business, citing a CNBC report.

Among the top 10 metros for projected income growth through 2018, Portland-South Portland, Maine, took the top spot with a projected 34.61% gain and Sioux Falls, S.D., scored No. 3. The rest of the top five spots were taken by Iowa's three cities, with Des Moines in No. 2, and Iowa City and Cedar Rapids in No. 4 and No. 5, respectively. 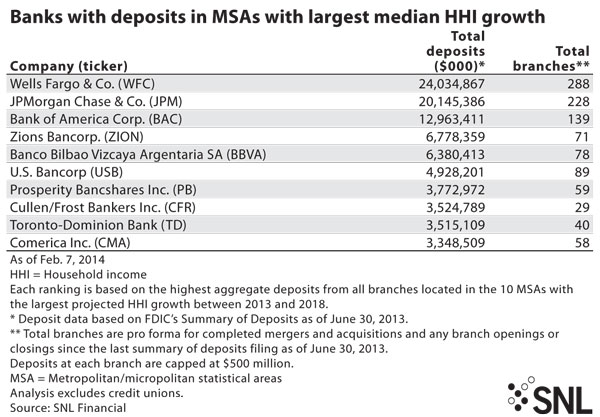 Hoffman said start-ups have begun to proliferate, particularly in those three cities.

But the strong jobs picture—Hoffman reports the state is effectively at full employment—has not translated to a population boom. In fact, not a single Iowa city is in the top 10 metros for population growth.

Instead of focusing on job creation, Iowa's economic agency is dedicated to attracting talented employees. It has launched a project called Home Base Iowa, an attempt to attract veterans who have recently retired or need a job after a base closure.

"That is something that we're going to need to do, be able to bring people to the state to fill those high-value jobs that we know are being created today that will be there for the future," Hoffman said.

Among banks, the three largest banks by deposits nationally—Bank of America Corp., Wells Fargo & Co., and JPMorgan Chase & Co.—had the largest exposures to the metros expected to see the most income growth. Wells Fargo led the way with $24.03 billion in deposits, followed by JPMorgan and then Bank of America.

The rest of the top 10 list included some regional players outside of the list of top 20 banks nationally by total deposits, according to SNL data. Two of those banks rounded out the top five: Zions Bancorp. at $6.78 billion and Banco Bilbao Vizcaya Argentaria SA at $6.38 billion.

Taking the top spot for expected population growth was The Villages, Fla., which is projected to grow by 20.85% to 127,889 people by 2018, a rate that far outstripped the 13.21% growth projection for the No. 2 metro. The next two spots on the list went to North Carolina cities—Jacksonville and Dunn—and a pair of Texas towns, Austin-Round Rock and Midland, rounded out the top five.

And with Bank of America's headquarters in Charlotte, the city has developed into a financial services hub.

Also driving population growth is North Carolina's desirability as a retirement destination, according to an editorial on the topic in the Winston-Salem Journal, which cited a study saying the state's retirement population would double by 2030 to 2.2 million.

At the other end of the spectrum, metro areas in the proverbial Rust Belt populated the list of metros expected to see the largest declines in population.

Ohio hosted the most cities in the undesirable list, with six metro areas wholly or at least partially in the Buckeye State.

Taking the top spot was Flint, Mich., with its population projected to decline by 2.56% through 2018.

Again, there was a steep drop-off for the No. 2 metro on the list, Binghamton, N.Y., which is projected to lose 1.76% of its population. 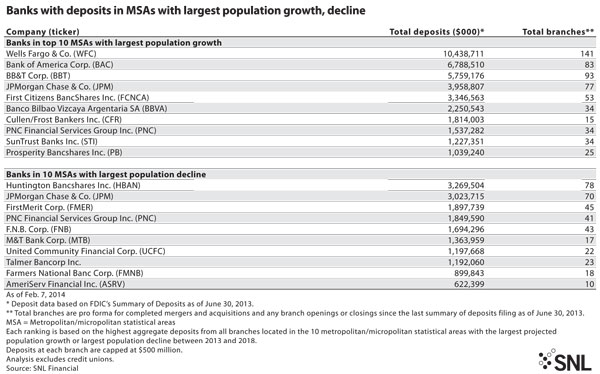 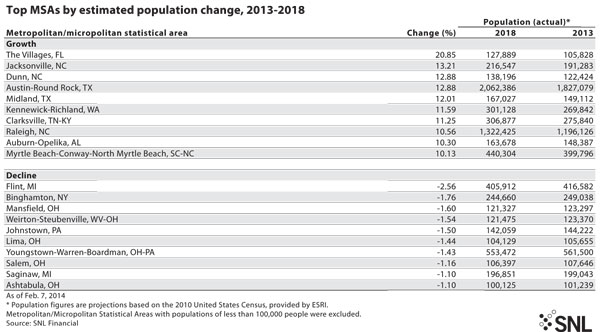 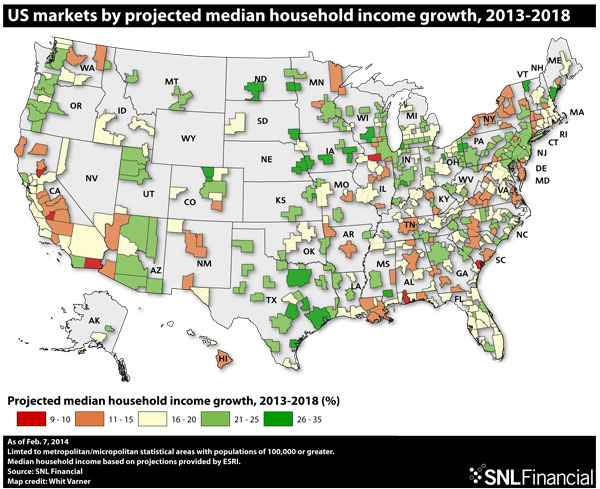 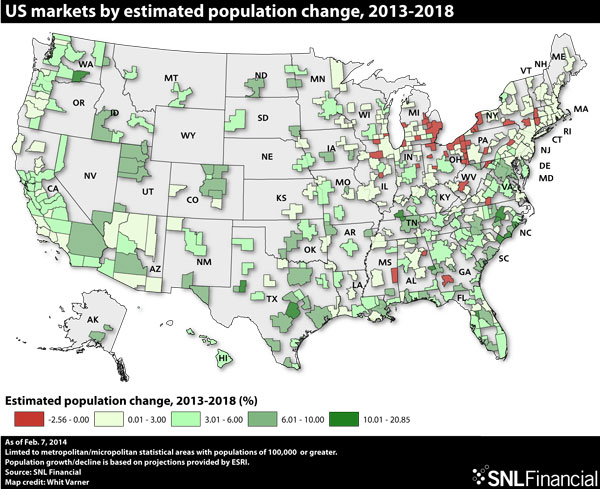