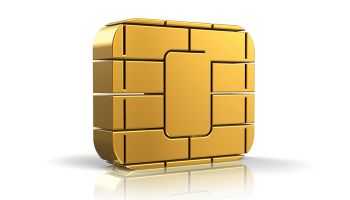 In light of recent payment data breaches, the payments industry vocalized its commitment and progress towards EMV chip payments while discussing and debating their own unique needs for implementation in the United States, at the recent Smart Card Alliance Payments Summit.

Stephanie Ericksen of Visa reported to attendees that as of September 2013, 6.6 million EMV chip-enabled Visa cards have been issued in the United States, and 8% of cross border transactions with U.S. issued cards are chip payment cards used on chip-enabled payment terminals.

Ericksen said that Visa, which recently reaffirmed its fraud liability shift dates starting in October 2015, sees implementing PINs for credit cards as “too complex” and believes in keeping the same verification methods that consumers use today. To ease consumers’ experience paying overseas, Visa is requiring all new unattended EMV point-of-sale terminals worldwide that require PINs to also accept chip cards with no card verification method (CVM) by April 2014. By July 2015, this will be extended to all existing unattended terminals.

Other presenters saw PIN as a more viable option for U.S. EMV chip credit cards. Walmart has been very proactive in its EMV chip implementation and has EMV chip-enabled terminals in all of its U.S. stores with 118 stores ready to accept chip transactions. John Drechny of Walmart advocated for the “the elimination of signature as a cardholder verification method.” Drechny said that “the best thing we can do is make sure we have the best security in place; you can’t argue that signature is more secure than a PIN.”

Troy Bernard, speaking on behalf of the Discover payment network, said that Discover will support all CVMs and that its liability shift policies will “incent PIN and reward PIN.” According to Bernard, Discover “highly advocates online PIN for brick and mortar retailers” to “take fraud out of the system.”

Bernard also noted that Discover is now issuing EMV chip cards, with more rolling out to consumers over the next year or so.

NFC mobile payments and tokenization—where a token is associated with a real card number—are also priorities for MasterCard. Said Olebe: “We are not just proposing tokenization, we are building it.”

Further on the topic of tokenization, Brian Byrne of EMVCo reported that EMVCo plans to release a tokenization architecture document in four weeks and a draft tokenization specification in June 2014.

American Express is promoting the use of dual-interface (contact and contactless) EMV chip payment cards in the United States for a number of reasons, according to American Express’ Karen Czack, including for speed and convenience; in retail and transit and because of its ability to be extended for expanded mobile functionality.

Looking at other markets’ success with contactless, Czack told the audience that 73% of U.K. consumers see contactless “as the future” and that “in this day and age, it’s best to have numerous options for customers.”

The topic of contactless EMV chip cards and mobile continued into the day’s presentations and panels on the transit industry.

Transit agencies continue to make a lot of progress in their plans and/or deployments of open payments, where riders can pay for fares directly with their contactless credit or debit card. Agencies on one panel were clear that, as the United States moves to EMV chip cards, they prefer that banks issue dual-interface contact and contactless technology.

“Contact doesn’t help us—it has to be contactless,” said Gregory Garback of WMATA, adding that transit is a “big opportunity” in terms of acceptance volumes, so issuers need to help fulfill the opportunity by issuing contactless payment devices. Michael DeVitto, MTA-New York City Transit, concurred saying that contact smart cards don’t work for the transit industry. DeVitto noted that transit is, and needs to continue to be, involved in discussions on U.S. chip payments. More mobile wallets that can be accepted in the open transit environment need to be introduced too, according to Garback.

Michael Dinning, U.S. Department of Transportation, Volpe National Transportation Systems Center, agreed in his presentation, saying that while the “transit and payments industry understand each other’s motivations better today,” there is a “need for collaboration across industries to get to the same place at the same time.” Transit is an extremely important market, as consumers “spend more on transportation than they do on food.”

The NFC-based Isis Mobile Wallet is EMV-ready, according to Isis’ Tony Sabetti, and already being used on a number of transit systems including Utah Transit Authority and the Chicago Transit Authority. The Isis Mobile Wallet, which launched nationally in November 2013, is now accepted at 1.3 million merchant locations, available on 20 million U.S. handsets that can be upgraded in 20,000 AT&T, T-Mobile and Verizon stores, and now supports four payment card issuers.

Sabetti offered results from Isis’ recent partnership with Jamba Juice—the Jamba Juice 1 million free smoothie offer—reporting that the promotion had 27% week-over-week growth in people paying with Isis. According to Sabetti, Isis has made its application available for the iPhone operating system, with NFC-enabled phone sleeves now available in some carrier stores.