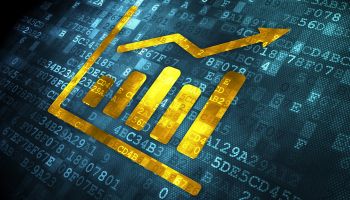 Bank and thrifts have seen their multiples expand considerably in the last 18 months, with institutions that have shown an ability to grow—particularly through acquisitions—leading the way.

Banks and thrifts traded at an average price-to-tangible book of 169.0% as of April 30, down from roughly 175% when 2014 kicked off, but up significantly from roughly 138% at the beginning of 2013. The multiple expansion that has occurred as broad institutional money has returned and bought into the bank group has been even more considerable when looking at the most recent lows banks experienced in the fall of 2011, when the industry traded at roughly 112% of tangible book value.

Banks continue to trade at a significant premium to current takeout values, which have averaged 139.8% of tangible book value per share in 2014, up from 126.3% in 2013. The increase in banks' currencies has helped buyers engineer financially attractive deals that have often been praised by the marketplace.

In fact, buyers in the 10 largest transactions announced in 2014 have watched their stock prices increase by a median of 0.87% in the first two trading days after the deal hit the market. The group of buyers in those 10 deals have enjoyed those gains even when including the performance of Southside Bancshares Inc. shares, which sold off close to 8.5% in the first two trading days after announcing its $300 million-plus purchase of OmniAmerican Bancorp Inc. 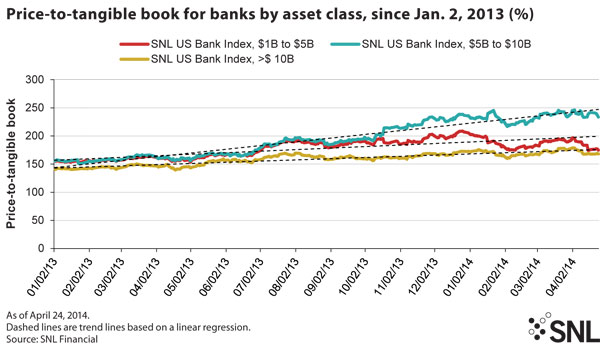 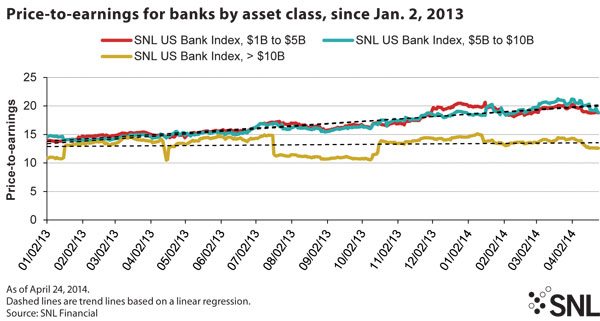 Buyers have received support for acquisitions, particularly transformational "quasi-MOEs," over much of the last 12 to 18 months. SNL found earlier this year that buyer stock prices had consistently outperformed the SNL U.S. Bank and Thrift Index after deal announcements.

Among the 157 deals included in SNL's analysis at that time, buyer stock prices had outperformed the SNL index by an average of 0.96% one day after announcement, with the spread widening to 1.33% 30 days after announcement. SNL looked at deals announced since Jan. 1, 2012, involving buyers currently listed on a major exchange.

With such support for many deals, it is not surprising that many of the banks trading at the highest price-to-tangible book value multiple are active acquirers in the bank space. For instance, perennial buyers Home BancShares Inc., Bank of the Ozarks Inc., and Prosperity Bancshares Inc., which have collectively inked 13 deals since 2012, all trade above 340% of tangible book value.

The top 20 banks in terms of asset size trade at similar multiples, at an average of roughly 171% of tangible book value. That group of institutions has enjoyed multiple expansion from the lows experienced a few years ago as well, with just four of the top 20 banks by assets trading at discounts to their five-year average price-to-tangible book multiple. 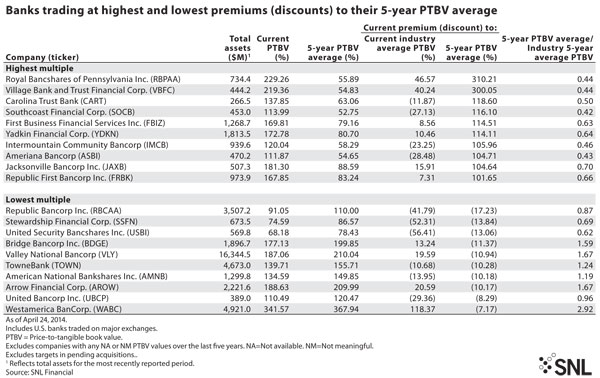 Shares of Royal Bancshares of Pennsylvania jumped in late-February after the company reported significant improvements in profitability in the fourth quarter due to improved credit quality and lower expenses. The company's stock has risen close to 70% since then and received continued support after the bank disclosed a securities purchase agreement with a group of institutional investors.

A handful of other institutions trading at significant premiums to their five-year averages have also managed strong turnarounds in profitability, including Carolina Trust Bank.

Other institutions trading at premiums to their five-year average have recently entered into or completed transformational transactions. For instance, Yadkin Financial Corp. has plans to combine through a merger-of-equals with VantageSouth Bancshares Inc., while Jacksonville Bancorp Inc. raised capital in the fall of 2013.

Meanwhile, the stocks of institutions trading at discounts to their five-year averages have underperformed the bank index for some time.

Republic Bancorp Inc., which is trading at the largest discount of any institution in SNL's analysis, saw its stock come under pressure after revealing in early September 2013 that it did not expect its planned purchase of certain assets and liabilities of H&R Block Bank to close in 2013. Republic eventually called the deal off in October.

Stewardship Financial Corp., United Security Bancshares Inc., and American National Bankshares Inc. trade at the second, third, and seventh largest discounts to their five-year price-to-tangible book value multiple averages, respectively, of any institution in SNL's analysis and those institutions have underperformed the bank index by at least 15% since early October. 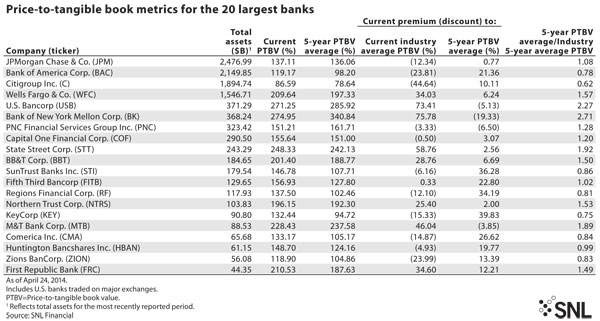