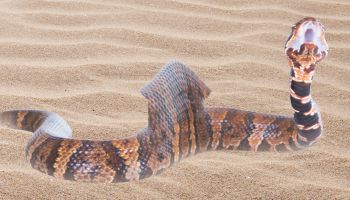 Amid good news for mortgage lenders and lenders at large, there is still a bit more indigestion to endure as the home loan market makes its way back to normalcy.

The good news: TransUnion reports that mortgage delinquency rates fell for the ninth consecutive quarter in the first period of 2014, to 3.61%. This is a decrease of over 24% from the first quarter of 2013, when delinquencies had fallen to 4.76%.

TransUnion defines a delinquent mortgage as one that is 60 days or more behind.

The trend was seen in all 50 states and Washington, D.C. The biggest improvements in the quarter were seen in states hit hardest during the mortgage crisis, including Arizona, California, and Nevada. TransUnion analysts found that Arizona and California, which had delinquency rates nearly double the national rate five years ago, have now fallen below the national average delinquency rate.

“It’s encouraging to see mortgage delinquencies drop once again, especially during a period when mortgage originations slowed considerably,” says TransUnion’s Steve Chaouki, head of financial services. “This trend in improved performance is driven in part by lenders working their way through the foreclosure backlog, along with continued conservatism in underwriting new mortgages.”

The old-mortgage news: Actually, that backlog is a continuing drag on things. Chaouki says that the national performance would be even better were it not for the fact that there is still a great deal of unresolved crisis-era troubled debt in the system.

“We still have a lot of log jammed loans from the crisis period that are working their way through the foreclosure system,” says Chaouki. Loans older than the period immediately preceding the crisis perform better, as do newer mortgages.

In the past, this “bulge” of troubled debt has been compared to a “rat in a python,” poor credits still being “digested” by the system. They have been hanging on for some time. A variety of reasons lays behind the lag, including sheer volume.

“It’s either a bigger rat than we thought, or a longer python,” quips Chaouki. “But the new stuff is doing all right.”

The best news: The latest delinquency rate now stands at the same level as in the second quarter of 2008, according to TransUnion. The company forecasts that the downward trend will continue and projects it to fall to 3.4% by the end of the second quarter—barring some unforeseen shock to the economy.

Chaouki says TransUnion expects mortgage originations to pick up, and if lenders continue to be conservative, this should further improve delinquency trends.

Future news? One development to watch is a pickup in nonprime mortgage lending detected by TransUnion. This comes on the heels of similar findings in the company’s recent work in the credit card area.

The share of mortgage originations going to nonprime borrowers—defined as those with a VantageScore 2.0 credit score lower than 700—increased to 7.21% in the final quarter of 2013 versus the last quarter of 2012, when the share came in at 4.98%. (TransUnion looks at these trends one quarter in arrears.)

While this is a growing trend, nonprime mortgage lending remains much lower than in the run-up to the crisis. In the final quarter of 2007, for example, nonprime borrowers represented 15.97% of mortgage originations.