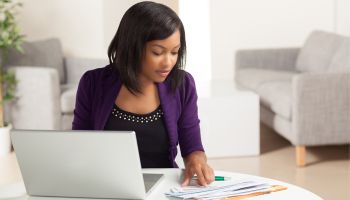 Younger bank customers are nearly twice as likely as older customers to consider switching to a branchless bank and to consider banking with major technology players if those companies offered banking services, according to a survey of nearly 4,000 retail bank customers in the United States and Canada appearing in two new reports by Accenture.

According to the survey, overall 72% of consumers age 18 to 34 would be “likely” or “very likely” to bank with at least one technology, telecommunications, retail, or shipping/postal company that they do business with if they offered banking services. More than half (55%) of consumers age 35 to 54, and 27% of those ages 55 and older said the same.

“Tomorrow’s consumer is coming of age with a very different perception of what a bank could be,” says Wayne Busch, managing director of Accenture’s North America Banking practice. “Those expectations could become profoundly disruptive to banks if non-bank entrants gain momentum and banks fail to adapt quickly. This will have important implications for the ‘digital generation’ spanning nearly all age groups.”

According to the survey, younger consumers were also more likely than older consumers to want their banks to offer more services and solutions to help them with financial management and purchases. Specifically:

“Banking is widely viewed as a purely transactional activity, but people are seeking advice and relationships that improve their financial well-being,” says Robert Mulhall, a managing director in Accenture Distribution and Marketing Services. “In this digital era, the most successful companies focus on solutions, rather than products, to simplify their customers’ everyday lives. Banks also need to think this way.”

Juan Pedro Moreno, senior managing director of Accenture’s global Banking practice, said, “Digital technologies are dissolving the boundaries between industry sectors. For banks, simply being 'more digital’ versions of what they are today will not be enough to assure success in the future. They will need to move beyond their traditional role as enablers of financial transactions and providers of financial products to play a deeper role in the lives of their customers—by applying digital technology in new ways and by offering tangible value and advice based on transaction information.”