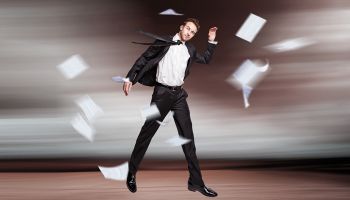 Community banks continue to grapple with heavy regulation, low interest rates, tepid loan demand, and fierce competition. Against that backdrop, expectations on the Street for second-quarter earnings are generally modest.

Given that smaller banks are typically far less diverse than their larger brethren, they tend to rely heavily on interest income from lending to boost their top lines. But, areas of strength such as oil-rich Texas and major markets such as New York City and San Francisco aside, loan demand remains light and competition for prized customers continues to be stiff, Matthew Schultheis, a Boenning & Scattergood Inc. analyst, told SNL.

And with rates low, lending is not as profitable as most banks would like.

The analyst anticipates that some banks in colder climates will report a bump in loan volume for the second quarter, thanks to warmer weather that allowed car sales and other consumer activity to build back up after being crippled by harsh winter conditions early in the first quarter. Demand also has come back in some markets for commercial real estate loans, and many community banks are trying to expand their commercial-and-industrial operations.

But, overall, Schultheis does not anticipate many big surges in terms of loan growth. Mortgage activity has ranged from moderate to weak, he said, when compared to the more robust activity of early 2013, when refinance activity was strong. The refi wave has since dissipated.

Schultheis added that credit conditions continue a multiquarter trend of improvement, but the boost to banks' bottom lines from lower credit costs is naturally showing signs of waning this year, as lenders can bring down loan-loss reserves only so much for so long.

"I do think there is less of a benefit at this stage," Schultheis said. "So for a lot of community banks, the only real driver of revenue is loan growth, and if they are not getting it, we're going to have a very unexciting earnings season."

"I think by and large we're not going to see anything very exciting this quarter," he told SNL.

There was "generally positive sentiment" heading into the second quarter, as winter weather lifted and activity started to pick up, he said. But while "there are pockets where things are going really pretty well" many other areas are "still very sluggish."

Housing data, Eisen added, "has been lumpy" and the recent downward revision of first-quarter GDP — a negative 2.9% reading — "was downright scary" and fueled anew the uncertainty that has plagued business owners and prevented them from borrowing to make investments. 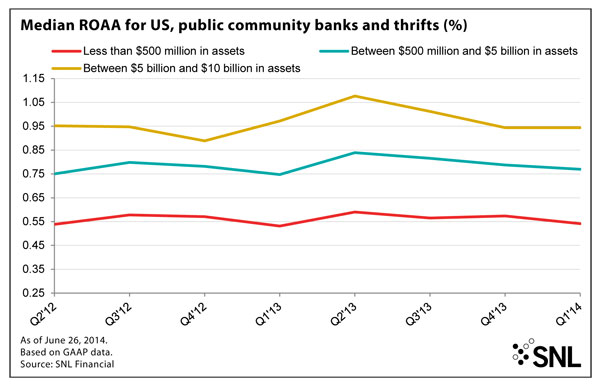 In addition to turmoil in Ukraine, conditions in parts of Europe remain weak, and there is tumult in the Middle East, adding to the uncertainty and leaving many to expect banks' second-quarter results to be decent "but not particularly strong based on what I am hearing throughout the industry," he said.

"Bank earnings seem to continue improving due to rightsizing and a focus on efficiency, but not through the top line and loan growth we ought to see so far removed from the Great Recession," he said.

"I think the community banks for investors to follow out there are ones you don't hear making excuses about the regulatory environment, continued NIM pressure, lackluster economic growth, etc.," he said. "Those challenges are likely here to stay for some time."

That noted, Eisen added, "there are some really good community bankers out there taking advantage of the plight of others."

Some are moving into strong markets via deals and other means, while others are avoiding weaker areas. "The winners and losers are becoming increasingly obvious."