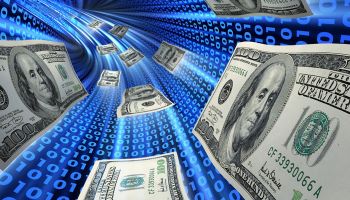 Cordray said key issues for the bureau are upfront price transparency; consumer understanding of product risks; ease in making price and product comparisons; and elimination of business models which are unfair, deceptive, or abusive.

• Security: “We have concerns that electronic payment systems can be misused to victimize consumers unless banks and the system administrators work to police and enforce safeguards,” Cordray says, particularly in the routing and sharing of sensitive bank account details.

He notes a practice of some online lenders that repeatedly send automatic debits to collect debts, a practice that he says can be abused. For example, one consumer complained about a lender making nine separate collection attempts in one day, and another consumer being sent 59 automated payment collection attempts through account debits over a two-month period.

“Surely, the financial institutions that accept these unscrupulous lenders and their payment processors as clients need to do a better job of ensuring that they are honoring the protections afforded consumers under the Electronic Fund Transfer Act,” said Cordray. “But more fundamentally, consumers expect their own bank or credit union to be on their side.”

Cordray admitted that within the past year his agency has “seen good practices by some banks” that have developed screening mechanisms to detect abuse before authorizing charges. Still, he added, “we must shine a light on the murkier corners of electronic payment systems and related practices, and we must be vigilant about preserving consumer protections no matter how these approaches may evolve in the future.”

• Transparency: Consumers need to be able to know when their deposited funds are available for their use, as well as when their payments are debited from their accounts, Cordray said.

However, he added, as the system generally is set up now, they often cannot know this. For many consumers, “not knowing when a payment will be credited or a debit posted can cause them significant harm,” often leading to considerable overdraft and nonsufficient-funds fees, said Cordray.

Cordray said he understands that existing rules and practices governing the availability of funds are complex, varying by types of accounts, types of deposits, timing, place of deposit, and more.

“The Consumer Bureau is carefully studying whether regulatory changes are warranted to address some of these concerns. But we cannot ignore that one of the root causes seems to lie in the way that deposits and payments are processed by and between financial institutions today,” said Cordray.

“When these consumers receive checks, they typically fork over up to 3% of the face value just to get immediate access to their money. These costs operate like a 3% increase in payroll taxes on low-income Americans,” said Cordray.

“These numbers suggest that some consumers are willing to pay for faster access to their paychecks and faster payment services—services that many financial institutions simply do not provide,” Cordray said.

Speed: Cordray complimented The Clearing House for its announcement about developing a real-time payment system, but added two “admonitions”—make it an urgent priority and keep the interests of consumers pre-eminent. [Read John Ginovsky’s recent blog about real-time payments.]

Specifically, he said that faster payments should include faster access to funds; access to real-time account status information; protections from “hair-trigger” assessments of fees—all accompanied by robust consumer protections and accessible to all consumers.

“With these guiding principles in mind, a faster payment system can be made to work for consumers as well as for financial institutions and their commercial clients. It can bring greater transparency and less need for people to go outside that system to obtain access to their funds and pay their bills. These would indeed be important advances for consumers,” Cordray said.