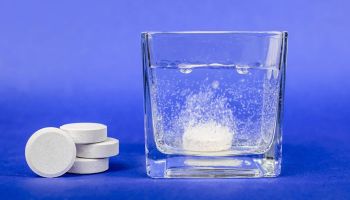 Banks continued to substantially increase the size of their held-to-maturity portfolios in the third quarter, preparing for an eventual change in the rate cycle.

With long-term rates falling back to historically low levels this year, banks have continued to prepare for increases in interest rates. If long-term rates moved back to the levels witnessed late in 2013, banks likely would once again watch their bond portfolios come under pressure. To protect against that risk, banks have placed large amounts of securities in held-to-maturity (HTM) portfolios.

Unlike available-for-sale (AFS) portfolios, banks are not required to make mark-to-market adjustments to their HTM buckets on a quarterly basis.

Banks have classified as HTM a number of liquid securities purchased to meet the requirements of new provisions such as the liquidity coverage ratio since those bonds are likely to come under pressure when interest rates rise. Advisers have also said that banks have often placed longer-duration bonds such as municipal securities that carry higher yields in their HTM portfolios. 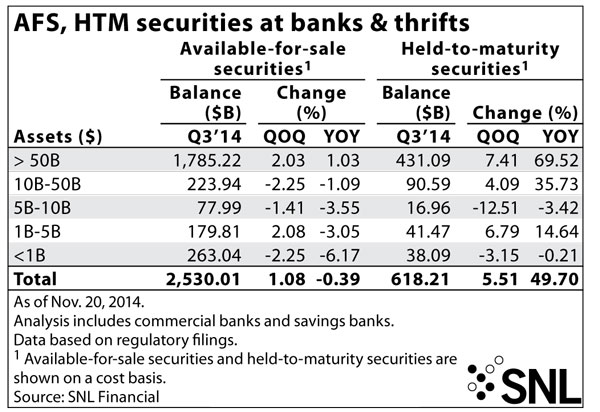 SNL data show that banks reported a 38.66% sequential increase in the amount of U.S. Treasurys held in HTM portfolios in the third quarter, while disclosing 1.98% sequential growth in munis in their HTM books in the period. 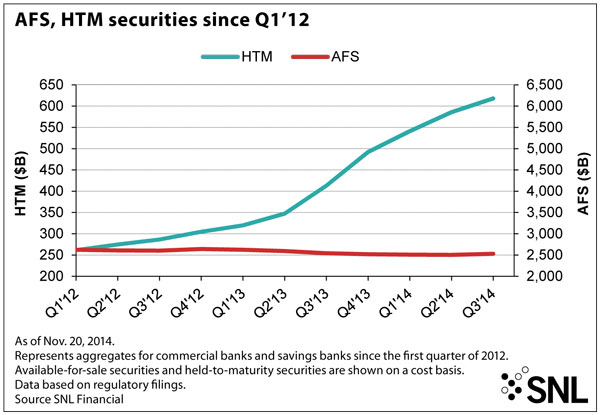 Larger banks that have to comply with the liquidity coverage ratio have the led the way in building HTM portfolios. Not only are large banks trying to protect those bonds from swings in the market, but under the Basel III rules, changes in the value of AFS portfolios would also flow through regulatory capital at institutions with more than $250 billion in assets.

• Banks with more than $250 billion in assets—JPMorgan Chase & Co., Bank of America Corp., Wells Fargo & Co., Goldman Sachs Group Inc., Morgan Stanley, U.S. Bancorp, PNC Financial Services Group Inc., Capital One Financial Corp. and HSBC North America Holdings Inc.—increased their HTM portfolios in the third quarter by a median of 6.27% from the prior quarter and 21.38% from a year earlier, according to SNL data.

• Banks with more than $50 billion in assets—which are subject to the liquidity coverage ratio—have built their HTM portfolios considerably as well. Banks in that group increased their HTM portfolios at the end of the third quarter by 7.41% from the linked quarter and nearly 70% from year-ago levels.

• Smaller banks have also relied on their HTM portfolios more in recent periods, but the increases have not been as pronounced as at their larger counterparts—and they slowed in the third quarter. 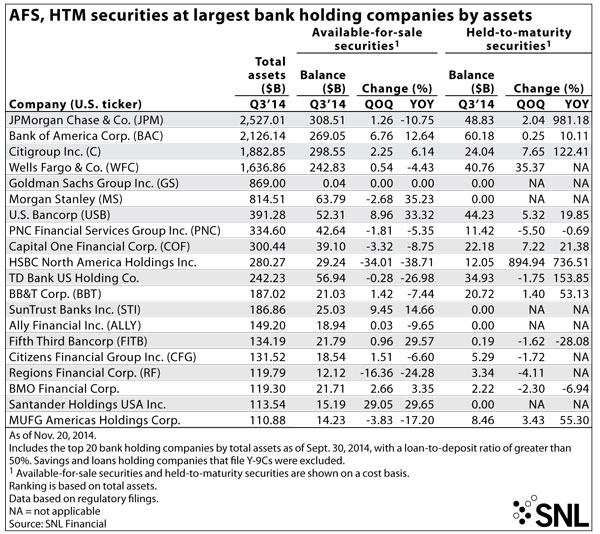 Even though smaller banks largely reduced their AFS portfolios, the majority of the banking industry's securities remain in the bucket that is subject to changes in market values. Banks show those changes in values, and whether they have recognized gains or losses, by disclosing the level of unrealized gains and losses in their AFS portfolios every quarter. When long-term rates rose last year, the level of unrealized gains in bank portfolios nearly erased.

Long-term rates have fallen further since the third quarter closed, with the yields on the five-year and 10-year each declining by more than 15 basis points. Some market forecasters are now suggesting that rate increases could be further down the road than many people expected not too long ago.

For instance, Scott Minerd, chief investment officer at Guggenheim Partners, noted in a late October article that wide spreads between yields in the U.S. and overseas could prevent U.S. Treasury yields from rising. Even with decreases in long-term rates, Minerd noted that the 10-year yield remains more than 100 basis points higher than the yields on the German 10-year bund and Japanese 10-year government bond.

"The precipitous decline in energy and commodity prices, and competitive pressures on prices for traded goods, will probably push inflation, as measured by the Fed's favored personal consumption expenditures index, back down toward 1%. This raises the likelihood that any increase in the policy rate by the Fed will be pushed into 2016 or later," Minerd wrote at the time.

Since then, spreads between the 10-year Treasury and other similarly denominated securities overseas have not changed much and remain wide.

More recently, Lindsey Piegza, chief economist at Sterne Agee & Leach, noted that the Fed is increasingly concerned that inflation will remain below its longer-term rate of 2% for years.

"With energy price declines expected to continue into 2015 and sluggish international growth expected to maintain downward pressure on import and input costs, headline inflation is likely to slow further, keeping the Fed firmly situated in their accommodative stance," Piegza wrote in a Nov. 20 report.