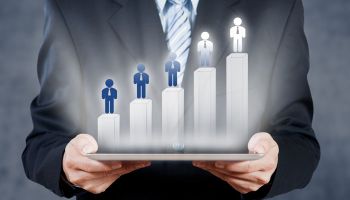 High-performing human resources departments help to drive the financial performance of companies, according to a new report by The Boston Consulting Group and the World Federation of People Management Associations.

The report's authors looked at the ten-year stock performances of the public companies in Fortune magazine’s “Best Companies to Work For” rankings in 2014, and compared them with the S&P 500 Index. The 100 best companies—those with the strongest HR performance—outperformed the index by nearly 100 percentage points. However, the report notes that this is the case only if HR leaders are equipped to partner with business leaders.

“HR functions need to connect by partnering with stakeholders both inside and, increasingly, outside of the company to improve operational and financial performance,” says Jean-Michel Caye, a senior partner at BCG and a coauthor of the report.

This year’s research drew survey responses from more than 3,500 executives across a broad range of industries in more than 100 countries. The authors also conducted in-depth interviews with 64 HR and non-HR leaders.

Perhaps not surprisingly, given the growing availability of analytics and other data-driven approaches to management, the findings also indicate a strong correlation between the use of HR key performance indicators and analytics and a more strategic role for HR overall.

The message for HR leaders is clear: Those who want a seat at the table during strategic deliberations with C-level executives must be able to assess—and communicate—the performance of the workforce. This requires going beyond rudimentary metrics that look at things such as personnel cost and headcount, and toward more sophisticated output indicators, which can gauge employee productivity and other critical data.

“Companies need to create an impact by using KPIs [key performance indicators] and steering tools to support the organization and its strategic goals and by concentrating on developing talent pipelines and shaping organizational behaviors,” says Pieter Haen, the past president of the WFPMA.

The report underscores the importance of a clear link between HR and business leaders, which the survey data indicates may be significantly missing at some organizations.

In addition, the report segmented the best-performing and worst-performing companies based on their average revenue changes and operating margins, and identified common themes in each group.

The most notable finding was that HR departments at financially top-performing companies are able to identify clear priorities to improve their HR performance and therefore target their investments and future efforts much more effectively.

“Companies with lower financial performance adopt a more arbitrary approach to investments in HR topics,” says Rainer Strack, a senior partner at BCG and a coauthor of the report. “They don’t identify clear priorities, and they don’t focus their investments.”