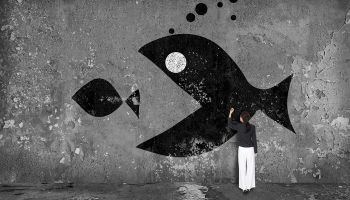 Some of the most active acquirers in community banking say that while interest rates will rise and fall, finding core deposits has consistently been one of the keys to building a strong franchise and likely always will be.

During Bank Director's recent “Acquire or Be Acquired” conference this week, those buyers also discussed the strategies they employ in identifying the right targets and bringing them on board.

Banner Corp. President and CEO Mark Grescovich said the Walla Walla, Wash.-based company operates with a loan-to-deposit ratio north of 90%, so core deposits are critical to funding growth. And as long as he has been with the bank it has usually been "deposit starved."

Grescovich said banks with a higher net interest margin and lower funding costs will outperform over the long term. "That would imply that they have a strong core deposit base," he said. "So deposits are very valuable, and they'll continue to be valuable."

Grescovich added that the ability to cross sell is critical to generating fee income, and it is impossible to cross-sell to clients that you do not have.

McKinney, Texas-based Independent Bank Group Inc. Chairman and CEO David Brooks said core deposits are one of the critical components the bank looks at when sizing up targets. He said Independent often looks at the quality of the seller's deposit base early in the process—sometimes even before meeting with the management.

Sure, but beyond deposits, we want to be #1

First Interstate BancSystem Inc. President and CEO Edward Garding cautioned, however, that if deposits are a large component of what is being acquired in a deal, the price needs to be adjusted accordingly because banks are normally looking to buy earning assets to make the acquisition quickly pay for itself. But still, he said, there is a huge focus by regulators today on liquidity—and liquidity is not free.

Garding said the Billings, Mont.-based company has a written acquisition strategy that helps it attempt to identify and rate appropriate targets. He joked that typically an investment bank will call with a proposed deal that is "not even close to being on the list, and we get excited and the strategy goes out the window."

Garding said the bank likes to be the biggest player in small towns and to acquire banks with strong market share. First Interstate does not believe that it is easy to enter a community with small market share and turn that around rapidly.

Credit culture is also critical in a target, he said, because it is difficult to change. "You almost have to revolve all the people to do that," he said.

Grescovich said Banner believes that any acquired organization must create some density for the buyer. Having a minimal amount of execution risk during the integration process is also critical, he said. "The economics will take care of itself at the end of the day. But you have to make sure that … it adds density to your franchise and that it builds shareholder value," he said.

But balance and cost must be weighed too

Lafayette, La.-based IBERIABANK Corp. President and CEO Daryl Byrd said the bank spends a lot of time cultivating relationships with bankers throughout the South. Banks are sold, not bought, so acquirers have to be ready and have relationships in place when sellers are ready to make a move. Having the right currency is also critical, he said.

Byrd also said it is important for buyers to understand what type of leadership they are acquiring in a deal as well as how capable the acquired talent is of attracting clients. The risk spectrum of the two banks also needs to align to make a deal work, he said.

In one recent deal the bank looked at, Byrd said he was pleased with the seller and its people but stepped back when he realized the deal would create a concentration that was just too high for IBERIABANK.

Branches are also important in any deal, Byrd said. He joked that he has looked at branches that would be acquired in a deal and quickly understood why the seller was having high deposit costs. "Because the branches were ugly," he said

First Interstate's Garding said deal timing often depends on the seller, but he reminds his team that "if you wait for the perfect time to do something, you're never going to do anything," he said. "Even if the moment isn't right, sometimes you just have to go."

William Hickey, a principal and co-head of investment banking at Sandler O'Neill & Partners LP, said that in 2014 and the beginning of 2015 he began to notice a different attitude among CEOs. More of those leaders have come to the realization that they have to do something.

"Hope and standing still is not an option," he said.