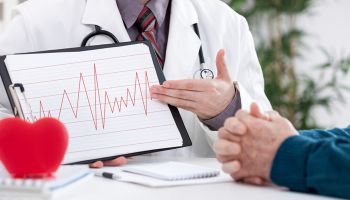 All 31 banks subject to Dodd-Frank Act stress testing passed the Federal Reserve's latest exam—but some did so by relatively thin margins as loan losses came in higher than some analysts expected.

While analysts acknowledged that banks close to breaching the minimum ratios will need to be more careful, they also project strong payout ratios generally, as the system overall is better capitalized, on one measure, than it was during last year's test.

Perhaps most noticeable was Zions Bancorp., the only bank to fail on a quantitative basis in last year's test. The bank nearly experienced a repeat failure, with its minimum Tier 1 common ratio over the stress test period coming in at 5.1%, just 10 basis points over the 5.0% standard.

In a March 6 note, Evercore ISI analyst John Pancari reiterated his "hold" rating for Zions but called the stress test result "the second consecutive CCAR disappointment" for the company. He noted that the company could increase its stressed Tier 1 capital by selling roughly $432 million of CDOs remaining in the bank's portfolio, which would boost capital by 60 basis points to 70 basis points, although it would incrementally hamper pre-provision net revenue. Ultimately, Pancari said the bank's stress test performance "casts incremental uncertainty around Zions' future capital deployment, growth plans, and business mix/model."

Compass Point Research & Trading analyst Kevin Barker agreed in a March 6 note, calling Zions' results disappointing. While Barker wrote that the result did not change his fundamental view of the company, he also said the "second weak result will increase pressure on ZION to break-up the consolidated bank holding company if it remains a SIFI-bank subject to CCAR."

And Morgan Stanley analysts projected in a March 6 note that the bank would indeed sell off its CDOs this year to reduce its stressed Tier 1 capital and that any capital return this year would be "minimal."

More players close to the line

For the Tier 1 risk-based capital ratio, which needed to remain above 6.0% over the course of the stress test, four banks were within 1 percentage point: BBVA Compass Bancshares Inc. at 6.9%, Citigroup Inc. at 6.8%, Morgan Stanley at 6.5%, and Goldman Sachs at 6.4%.

Goldman Sachs ended up even closer to the regulatory minimum on its total risk-based capital ratio, which the Federal Reserve reported as bottoming out at 8.1% under the stressed scenario, just 10 basis points above the regulatory minimum of 8.0%. Other banks close on the measure included BBVA Compass at 8.7% and Morgan Stanley at 8.6%.

And four banks—all with significant trading operations—were within 1 percentage point on their minimum Tier 1 leverage ratios. Morgan Stanley was close for a third measure, with its leverage ratio projected to reach a minimum of 4.5% over the course of the stress test, compared to the regulatory requirement of 4.0%. Also close on the leverage ratio were State Street Corp. at 4.8%, Citigroup at 4.6% and JPMorgan Chase & Co. at 4.6%.

None of the banks were within 1 percentage point on the common equity Tier 1 ratio.

"I would imagine that if you are close to any one of the minimum quantitative ratios, you do have to consider that when coming up with your capital strategy, there's just no two ways around it," said David Little, managing director and head of U.S. enterprise risk solutions and stress testing for Moody's Analytics. 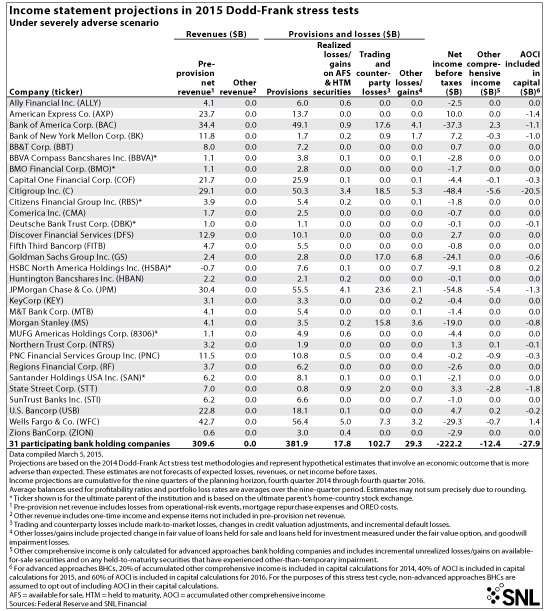 Indeed, the banks closest to the minimums are the ones about which analysts expressed the most concern. In a March 6 note, Nomura analyst Steven Chubak tabbed Goldman Sachs, Morgan Stanley, and Citigroup as the companies most likely to have to reduce payouts in order to remain above the minimum thresholds. With a different list of names, the Morgan Stanley analysts tabbed Goldman Sachs, State Street, JPMorgan, and Wells Fargo & Co. as the banks most likely to come in with smaller payouts than previously expected.

In aggregate, the 31 participating banks reported a Tier 1 common ratio of 8.2%, compared to a ratio of 7.6% for the 30 bank holding companies in the 2014 test. In the press release announcing the latest results, the Federal Reserve noted the 31 companies' aggregate Tier 1 common capital ratio was 5.5% in 2009.

"The Fed's release was pretty upbeat in that the ratios are going up across the system," Moody's Little told SNL. "The system looks like it was more well-capitalized than it was before and I think that is something the regulators are going to point to as an indication that we're in a safer place than before stress testing existed."

Still, with all banks passing and with an improvement in the Tier 1 common ratio, analysts are expecting payouts in the banks' forthcoming capital plans to be higher than they were last year.

In a March 6 note titled, "All Banks Pass, Everyone Gets a Trophy for Now," Robert W. Baird analyst David George projected capital deployment ratios would edge higher to 70% from roughly 65% in 2014. And in another March 6 note, Vining Sparks analyst Marty Mosby wrote that total payouts could reach a median of 80% this year.

The Morgan Stanley analysts highlighted Bank of America Corp. as a strong name following the results, as the bank's results give credence to the analysts' forecast that the bank would fulfill gross buybacks of $1.2 billion per quarter. R.W. Baird's George also called Bank of America a relative "winner" of the stress test, along with Citizens Financial Group Inc., Comerica Inc., and Huntington Bancshares Inc. for year-over-year improvements in projected earnings power and loss rates.

However, the Morgan Stanley analysts noted that net charge-off rates in the Federal Reserve-run results differed significantly from the company-run results, particularly for commercial real estate and commercial-and-industrial loans.

"We've heard a lot of discussion about whether or not the Fed is concerned about certain pockets of assets in the economy, such as consumer and industrial loans. And I think the adverse scenario is meant to test those types of hypotheses," Little said.

Total loan losses under the severely adverse scenario ranged, nominally, from $600 million at State Street to $49.7 billion for JPMorgan. As a portion of the portfolio, loan loss rates varied from 2.3% for Bank of New York Mellon Corp. up to 12.2% for Discover Financial Services. In aggregate, the 31 participating bank holding companies projected loan losses of $340.3 billion, or a 6.1% loss rate, over the nine quarters in the severely adverse scenario. Credit cards were projected to have the most severe losses, at $82.9 billion, or 13.1% of the portfolio.

From a profit and loss perspective, the 31 banks, in aggregate, projected to post a net loss of $222.2 billion over the nine quarters in the severely adverse scenario on pre-provision net revenue of $309.6 billion.

What about the qualitative side?

While the banks all passed the quantitative portion, Little and Mayra Rodriguez Valladares, managing principal of MRV Associates, a bank consultant, both said the qualitative portion will be trickier. Some media reports suggest Banco Santander SA and Deutsche Bank AG will fail the qualitative portion, which caused more failures in last year's stress test. Little said he expects the Federal Reserve to issue notices of Matter Requiring Attention or Matter Requiring Immediate Attention, known as MRA or MRIA.

"When the banks themselves are telling the Basel Committee that they have a problem, I don't see how people can take these stress tests or capital ratios seriously," Rodriguez Valladares told SNL. "I'm talking to people who are working at these banks and they're like, 'Yeah, you do what you can.' But they're far from having reliable data that then means anything when it comes to stress tests or capital ratios." 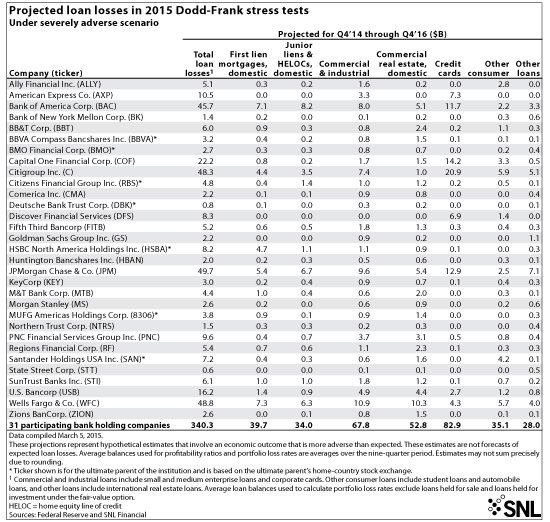