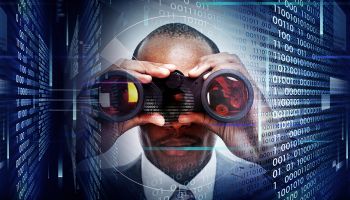 Businesses were under increased pressure to secure their organizations in 2014 and expect that pressure to increase in 2015, according to a survey of 1,016 information security professionals by Trustwave. Respondents surveyed work in a variety of sectors, with the most frequent being technology service providers (21%) and financial services/banking (17%).

Respondents reported pressure to roll out IT projects such as cloud and mobile applications, despite having unresolved security issues; pressures of being understaffed while security threats mount; increasing pressure from C-level executives to protect information while being resource-constrained; and more.

• Differing perspectives: 64% of enterprise respondents foresee increasing pressure in 2015, compared to 48% of small- and medium-sized businesses.

• Corner-office commands: 61% of respondents said they felt the most pressure from owners, board, and C-level executives—up from 50% last year.

• Jumping the gun: 77% of respondents said they had been pressured to unveil IT projects that were not security ready.

• False sense of security: 70% of respondents believed they were safe from cyber-attacks and data compromises.

• Reaching out for help: 78% of respondents are likely or plan to partner with a managed security services provider in the future.

Trustwave commissioned a third-party research firm to survey information technology professionals who are security decision makers or security influencers within their organizations. The objective was to measure the variety of pressures they face regarding information security. Respondents consisted mainly of chief information officers, chief information security officers, IT/IT security directors, and IT/IT security managers: 1,016 worldwide, which included 616 in the US, 202 in the UK, and 198 in Canada. More than half of the respondents (55%) work for enterprise businesses, those with 1,000 or more employees.