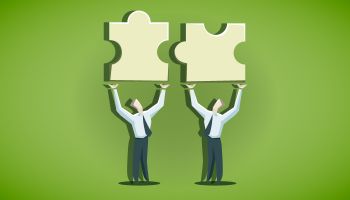 Bankers say that M&A conversations continue at an active pace in the Southeast, though some pricing on recent deals raised the eyebrows of a few potential acquirers.

Bankers presenting at the Gulf South Bank Conference in New Orleans on May 4 and 5 said deal discussions remain active and noted that the number of inbound calls they have received from sellers have increased.

Buyers insinuated that some potential sellers, particularly smaller banks with less than $1 billion in assets, are possibly beginning to capitulate in the face of heightened regulatory costs and prolonged slower growth and low interest rate environment.

Attendees did not expect, however, that an M&A wave lies on the horizon and instead forecast a slow, continued buildup in bank deal activity.

Johnny Allison, chairman of active acquirer Home BancShares Inc., said there are many banks for sale and he will bid on those franchises, but price them to be accretive to the company. He said Home recently bid on three different banks—two in Florida and one in Arkansas—and hopes that the company will be successful on one of those transactions. He said Home has recently been outbid, though, by other acquirers who offered prices that he did not think made sense.

Prices on announced bank deals in the Southeast have risen in 2015. As of May 5, there had been 19 deals announced in the Southeast this year, with offers coming in at a median of 140.7% of tangible book value or 24.0x earnings, according to SNL data.

M. Ray Cole Jr., president and CEO of Hattiesburg, Miss.-based First Bancshares Inc., acknowledged at the conference that multiples have risen some in the Southeast, but not necessarily in his company's market in Mississippi and along the Alabama coast.

While Cole said offers for high-performing banks have increased, he is not sure that multiples have moved much higher for other sellers. He believes that a number of smaller banks could consider selling as they recognize that economic growth remains slow and continue to face pressure from their boards and regulators. Cole said he is receiving more inbound calls from potential sellers and believes that technology will allow the company to take out up to 50% of a target's cost base even if there is no direct overlap between the two franchises.

There is some hope that deal prices could fall from their lofty levels in Texas given the substantial decline in oil prices since the summer of 2014 and the importance of the energy sector to the state's growth.

Gerard Host, president and CEO of Jackson, Miss.-based Trustmark Corp., said deal values in Texas have declined some, but pricing on transactions remains expensive. He said Trustmark wants to look for M&A opportunities in the Southeastern part of the U.S. and could look to expand east from its presence in the Florida Panhandle or possibly consider opportunities in Georgia or Louisiana. He said the fatigue at bank boards and constant pressure that has been placed on many of their margins will create opportunities over the next three to five years. The company just has not found one yet, he said.

F. Scott Dueser, chairman, president and CEO of Abilene, Texas-based First Financial Bankshares Inc., said he believes that declines in oil prices will make some banks in Texas a little cheaper. Dueser said he is surprised that M&A has been as slow as it is in Texas but noted that a number of banks are talking about selling. He said those institutions have not found the right suitor or the right price yet.

Finding the right suitor is essential in any transaction. Yadkin Financial Corp. President and CEO Scott Custer said that you have to think about how you will be aligned with a potential merger partner whether you are the buyer or the seller.

He said banks need to make sure they are strategically aligned and determine if they have a common view of the world. Custer said banks then need to determine if the deal makes sense financially and noted that he personally is pretty focused on "preserving and protecting tangible book value."

He said the company would consider incurring some tangible book value dilution arising from a transaction if the earnings appeared strong and offered a very clear path on dilution.

Custer said Yadkin would likely focus on North Carolina as it pursues acquisitions. He said the North Carolina market is ripe for consolidation and noted that there are "too many" banks around the size of Yadkin to fit within that bucket.

State Bank Financial Corp. Chairman and CEO Joe Evans also said that any acquisition has to be a good fit and serve a strategic purpose and that any buyer needs to exhibit patience. However, he said that at some point, if any acquirer cannot find a target that makes sense, they might need to consider selling themselves.

If a larger bank is looking for a larger presence in Georgia, "I think we are a very attractive franchise," Evans said at the event.