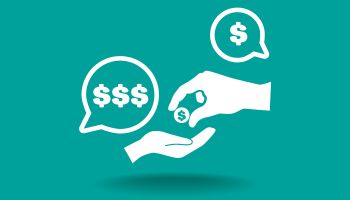 While M&A discussions have increased, bankers believe deal pricing is getting frothy and possibly nearing the peak of what they can actually pay.

The pickup in M&A chatter has manifested into increased deal activity this year. Through May 21, the number of announced bank deals had risen about 7% from year-ago levels, while multiples have held fairly steady at roughly 138% of tangible book value, according to SNL data.

Deal multiples might not have increased materially this year, but sellers' expectations seem to be on the rise, with many bankers on the prowl for deals saying that recent pricing has given them trepidation.

Some investment bankers on the conference circuit say sellers should be mindful that any wise buyer has a ceiling on what it can pay in the current low interest rate environment. They believe that many acquirers would balk at transactions if deal multiples moved much higher.

Acquirers tell a similar story and have questioned the projected returns on some recent deals, paying particular attention to a handful of transactions where the tangible book earnback period was expected to be five years.

Ameris Bancorp President and CEO Edwin Hortman Jr., for instance, said he wants to pursue acquisitions that are accretive to earnings and have a "pretty short" payback on tangible book value dilution—not as long as five years.

Hortman said at the SunTrust Financial Services Conference on May 20 that he is not a fan of bidding on auctions of banks and instead seeks out bankers that are looking for a partner. Many bankers are looking to do just that at this point, he said.

Bank of the Ozarks Inc. Chairman and CEO George Gleason II said at the SunTrust event that he is seeing a number of deals that make a substantial amount of sense, but noted that some acquirers are getting more aggressive.

Gleason said he has lost three deals in the last three months where the winning bidder paid 10% to 15% more than what Bank of the Ozarks offered, adding that the winning bidder's currency was about half as strong as his company's. He noted that he modeled some of those deals assuming that Bank of the Ozarks' had the same currency as the ultimate buyer and he could not make the numbers work.

Additionally, Gleason commented that some recent buyers are projecting four- to five-year earnbacks on tangible book value dilution, but he cannot figure out how those banks will get paid back that soon.

Gleason remains on the pursuit for deals in a wide variety of markets and said investment bankers are pitching him more deals than he has time to really consider. He said the company prioritizes what deals it wants and prices every transaction to produce a 20% return on equity, assuming an 8.5% capital allocation. Bank of the Ozarks factors in not only projected cost saves in its deal models, but also includes merger costs it will incur and assumes some runoff of the target's customer, loan and deposit base, according to Gleason.

United Community Banks Inc., which has announced two deals already this year, also remains on the M&A pursuit. United Community Chairman and CEO Jimmy Tallent said his company could look at a series of smaller deals and likely would not close another acquisition in 2015, but could acquire another bank early in 2016. He disclosed that the company could consider acquiring three smaller banks around $500 million in assets each as it works to move above the $10 billion asset threshold, or possibly could acquire a bank with assets over $2 billion if it represented the "perfect partner" with attractive pricing.

John Pollok, senior executive vice president, CFO and COO of Columbia, S.C.-based South State Corp., said his company is having active M&A conversations and many sellers are currently "very focused" on price, not the currency they will receive from any acquirer. He said South State typically looks at 15 different transactions before actually inking one deal.

Pollok noted that many of the banks that have survived through the crisis and now are considering partnering with another institution were recapitalized and might have had regulatory problems as well, which prevented those institutions from focusing on building a recurring earnings stream. He said some banks levered up their balance sheets during the downturn with borrowings and put those funds to work in their bond portfolios. While that might have helped keep them afloat, Pollok said, "I'm not going to pay for that."

David Dykstra, senior executive vice-president, treasurer and COO of Rosemont, Il.-based Wintrust Financial Corp., said he is seeing rich deal pricing in his market as well. Dykstra said many banks have set their price expectations too high and have "overly optimistic views" of what their franchise is worth, noting that the target would need to produce to a 2% return on assets to justify their requested valuation. However, he said those institutions are not finding buyers and called 1.8x to 2.0x tangible book value a ceiling for deal pricing in his market.

Dykstra said pricing expectations for banks with less than $1 billion in assets are lower at close to 1.4x tangible book value and noted that many potential sellers exist in that category. Dykstra disclosed that he prefers looking at smaller deals because they come with less integration risk than larger targets. He said many of those institutions have loan-to-deposit ratios of just 50% and are not making that much money. While some other potential sellers have produced stronger loan growth, he said those institutions are often making numerous fixed-rate loans and could find themselves in trouble when the interest rate cycle turns.

Nathan Stovall is a senior editor and columnist with SNL Financial. The views and opinions expressed in this piece are those of the author and do not necessarily represent the views of SNL. This appeared on SNL’s site as an entry in the Street Talk Blog.