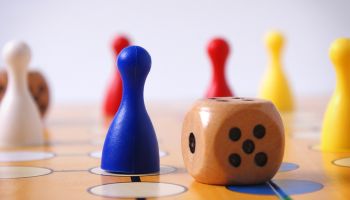 Lawmakers recently proposed lifting the threshold for designating bank holding companies as systemically important. The move could mean some benefits for banks bumping against the current threshold, including cost-saves and perhaps the opportunity to offer higher capital returns.

On May 21, the Senate Committee on Banking, Housing and Urban Affairs Committee advanced a sweeping regulatory relief bill introduced by committee Chairman Richard Shelby (R-Ala.). One of the provisions garnering the most attention is a proposal to increase the asset threshold for deeming a bank holding company systemically important to $500 billion, from the current $50 billion level. [See status of “Financial Regulatory Improvement Act of 2015.”]

Isaac Boltansky, an analyst who covers regulatory and legislative issues for Compass Point Research and Trading LLC, said that the legislative process is likely to bring down that $500 billion number, though there is probably enough support to at least lift the threshold above the current $50 billion mark. The most immediate result for impacted banks would be the possibility of upping their dividends and capital returns if they become subject to a less-stringent stress testing and capital regime, Boltansky said. However, he noted that with so much work left to do on the bill, its full impact remains to be seen.

What crossing the mark means

For the banks that are nearing $50 billion, the question of when and how to cross the threshold has become a major strategic consideration.

First Republic Bank, which recently edged above the $50 billion mark, offers a demonstration of the planning required at a company crossing this threshold. First Republic began prepping for the heightened regulatory burden well before it grew above $50 billion in assets, launching a cost-containment program last year in response to rapidly increasing compliance costs. The bank had previously said that regulatory-related expenses would average about $10 million a quarter through the end of 2015 and push the bank's efficiency ratio higher.

Even though it has passed the $50 billion mark, First Republic will not be labeled a SIFI under the current Dodd-Frank regime, because it is not structured as a bank holding company. However, depository institutions that have more than $50 billion in assets are subject to many of the same enhanced regulations as their BHC competitors. Additionally, Dodd-Frank requires that First Republic's primary federal regulator, the FDIC, coordinate a stress test with the Federal Reserve which is similar to the stress tests the central bank conducts annually with bank holding companies larger than $50 billion.

New York Community Bancorp Inc. has carefully managed the size of its balance sheet in recent years as it has hovered below the $50 billion mark and built a compliance infrastructure to handle the added regulatory burden and the demands of a larger bank. The company has stated its preference to do a larger deal that would take it well above the $50 billion mark and allow it to more easily absorb the increased regulatory expenses.

In the first quarter of 2015, New York Community reduced the size of its balance sheet by more than $300 million. Speaking about the possibility of crossing the $50 billion mark, CEO and President Joseph Ficalora joked that "there will be no unexpected pregnancy; we're just not having sex," and added that the company is managing its size so "that we can decide when [we] will actually cross over."

But even a change in the threshold is unlikely to be a "game-changer" for these companies, Boltansky said. "The degree of regulatory scrutiny won't be significantly softened—it's important from a directional and legislative standpoint, but it's still going to be very expensive to operate as a depository, and that won't change anytime soon." He noted, for example, that even if large banks are no longer classified as systemically important and are no longer subject to the Federal Reserve's Comprehensive Capital Analysis and Review process, they would likely still be subject to Dodd-Frank Act stress tests.

Bankers seem to agree. "I doubt if it would impact us very much because we intend to run a bank that's going to grow well past $50 billion anyway. … And so we think the standards are appropriate and we're bringing the bar, our bar, up to meet them," First Republic Chairman and founding CEO James Herbert II said last year when asked about the possibility of a change in the $50 billion threshold. 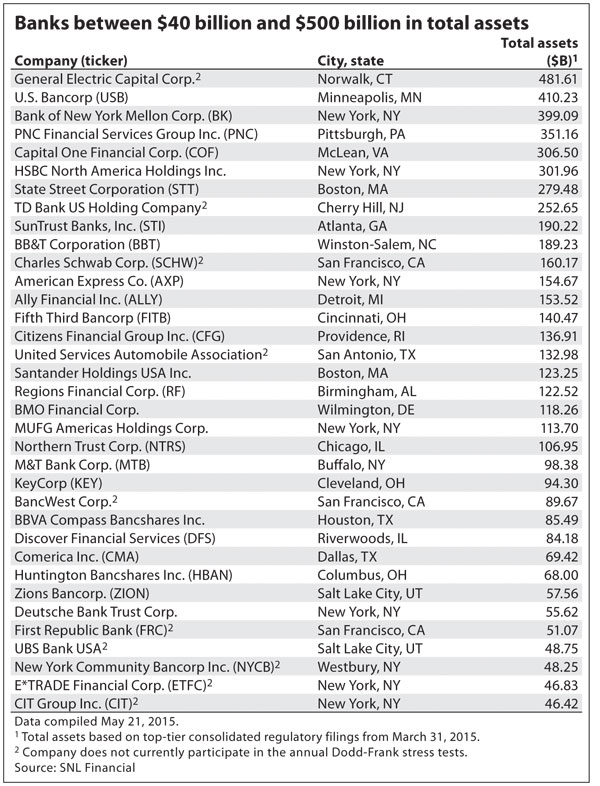