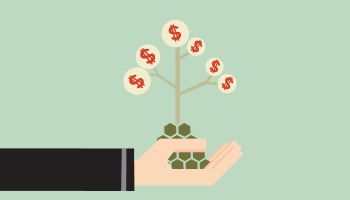 Some banks are looking to lock in longer-term funding before interest rates rise.

Bankers are expecting the composition and cost of their deposits to change when interest rates eventually rise off historic lows. While some banks believe their own deposits could be stickier due to higher concentrations in less competitive markets or because their customers have multiple relationships with the bank, many agree that some portion of funds will move to higher-yielding products like CDs when the rate cycle turns.

A number of banks are looking to build deposits now or extend durations on the liability side of their balance sheets before rates move higher. In the fourth quarter, Investors Bancorp Inc., for instance, offered money market accounts with a 1.25% interest rate to attract deposits as long as customers had a minimum balance of $10,000. The company attracted $460 million in deposits with the offering.

More recently, the Short Hills, N.J.-based company said on its first-quarter earnings conference call that it planned to roll out another deposit promotion looking to grow CDs, which had experienced outflows. The company is now offering a 13-month CD at a 1.50% rate for customers that open a "YourStyle" Checking or Business Checking Account. 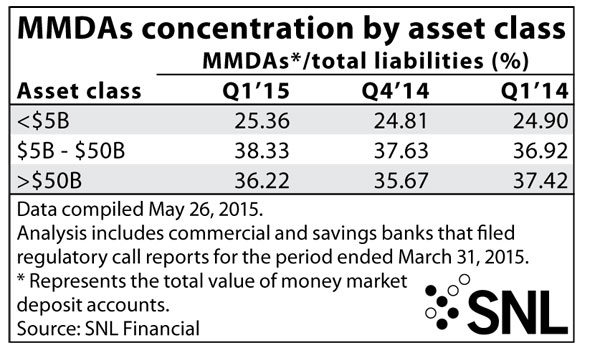 Other banks are taking similar approaches. Wintrust Financial Corp. Senior Executive Vice-President, Treasurer and COO David Dykstra said at the SunTrust Robinson Humphrey Financial Services Conference in late May that he has seen banks in his market look to "ladder" out deposits into a variety of CDs with different maturities.

By placing a customer into a variety of different CDs, the bank might protect itself from a flurry of early withdraws from time deposits in the event that rates rose materially. The penalties that customers would incur from early withdrawals are not believed to be punitive enough to stop them from taking funds to a competitor offering far higher rates. If a CD is going to mature soon, however, some banks believe a customer will be more likely to hold their funds steady and wait to roll them into another product once the maturity occurs.

Dykstra said Wintrust is also marketing some CDs with hopes of locking in funding at today's rates. He believes that more funds will shift from money market accounts, which have grown considerably since the credit crisis, to CDs when rates eventually increase.

In 1994, long-term rates rose considerably, with the yields on the five-year and 10-year Treasury rising close to 260 basis points and 200 basis points, respectively, from year-end 1993. Between 2004 and 2006, the Federal Reserve worked to cool down the economy with steady increases in short-term rates. Meanwhile, money market account balances declined in 1994 and rose modestly between 2003 and 2006.

The reverse has occurred in the wake of the recent credit crisis as rates have fallen substantially. Since 2007, bank CD balances have decreased dramatically, with the decline most pronounced in CDs over $100,000.

While bankers believe that some of those deposits will move into CDs when rates rise, time deposits remain relatively small portions of bank balance sheets at this point. CDs fell to $1.678 trillion in the first quarter from $1.698 trillion at the end of 2014, but increased from $1.614 trillion a year earlier. Banks, large and small, decreased the relative size of CDs on their balance sheets in the first quarter when compared to year-end 2014, reporting slightly lower balances in a variety of maturities.

Some banks with more traditional branch networks believe they can actually decrease their CD balances further from current levels.

Opus Bank Chairman, President, and CEO Stephen Gordon noted on his company's first-quarter earnings call that he could look to pay down some CDs inherited from past acquisitions even as it funds new loan growth.

"All I'm saying is that in addition to funding, originating $2.2 billion of new loans funded over the course of the year, I see no reason why I wouldn't also consider doing what's right now a reversal of what's a negative arbitrage on the balance sheet. I've got zero costing deposits and they're earning right now 25 basis points in Fed Funds; and at the same time, I'm paying 83 basis points on CDs that don't mean a lot to the company. So in addition to whatever we're going to fund during the second quarter, third quarter, fourth quarter, it might also make sense to enhance net interest margin and earnings-per-share by paying down some CDs along the way," Gordon said on the call, according to the transcript.

Other banks seem comfortable with their current deposit bases and do not expect much change to occur even when interest rates eventually increase. M. Ray Cole Jr., president and CEO of First Bancshares Inc., said at the Gulf South Bank Conference in early May that he expects the company's Mississippi market to serve as a good source of liquidity since there is less pressure on deposit pricing than in other more populated markets. 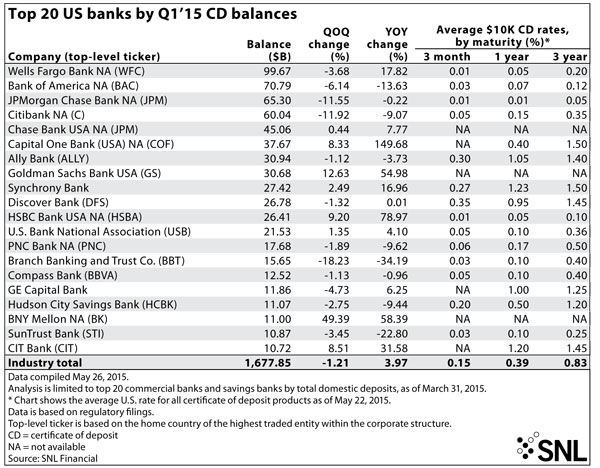 Banks that have operated in one market for long periods of time also believe that their deposit bases will hold fairly steady when rates rise.

John Pollok, CFO and COO at South State Corp., noted at the SunTrust conference in late May that virtually every bank has grown demand deposit accounts recently, even institutions that are not that well run. However, he believes that not every deposit base will perform the same when rates move higher.

Pollok noted that South State acquired a number of old banks with high market share in their footprints through the downturn, and those institutions usually have a high number of checking accounts, offering granularity into his company's deposit base. Those checking accounts are expected to be stickier in a rising rate environment as well.

Having the full banking relationship of a particular customer should help improve the stickiness of a bank's deposit base, according to Pinnacle Financial Partners Inc. President and CEO M. Terry Turner. The executive noted at the SunTrust event that Pinnacle focuses on acquiring customers and their full relationship. He said the company loans the customer money, holds their deposits and offers treasury management and other products. Since the customer receives multiple services from the bank, they will be less likely to move their business elsewhere, even if a competitor is offering a higher rate on their deposits.

In recent years, banks have not had to work as hard to grow deposits, but Turner believes that will eventually change.

"Gathering deposits has probably been the easiest in my lifetime. I don't think it will be that way forever," Turner said at the event.